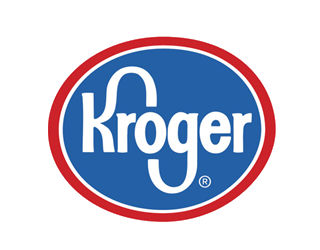 The Kroger Co., by all accounts, is a giant. Born in 1883 in Cincinnati, OH, The Kroger Company is now the country's largest supermarket chain by revenue and operates over 2,620 supermarkets and multi-department stores. In addition, it's the second largest general retailer in the nation, and the twenty-third largest company. Kroger also happens to be the fifth largest retailer in the world, and recent news reveals they may be working to up their standings.

According to Israeli publication Haaretz, Kroger is expected to make a move for the country's Mega supermarket chain in partnership with with Israeli investors Yossi Sagol and Eran Meital. The move would be historically significant, as it would be the first time an overseas player joined the Israeli supermarket sector. Kroger's potential acquisition of Mega, which operates 127 stores in the country, could have far-reaching ramifications. Tamir Ben Shahar, CEO of the Haifa, Israel-based retail consulting firm Czamanski & Ben Shahar, told Haaretz.com that “an overseas player could change the standards of supermarkets in Israel. Americans, in particular, are recognized as retailers of the highest caliber. They have systematic policies and very clear procedures about how to manage a chain. It has to be good for Israeli retailing.”

Kroger's potential play in Israel isn't the only move the company has up it's sleeves. According to a Reuters exclusive, the company is bidding to acquire The Fresh Market, a U.S. specialty grocery retailer that is exploring a possible sale. Kroger is in the second round of an auction process for the Fresh Market, and other private equity firms and companies are interested. There's no guarantee Kroger will acquire the company, but it's further evidence that the company is looking to expand.

These two potential acquisitions are nothing new for the company. In 2015, Kroger made a significant move to expand its the company by entering into a definitive agreement with Roundy's for about $800 million including debt. This purchase gave them the rights to the Roundy's and Mariano's trademarks and locations, boosting their hold over the Midwest.

Speaking of Roundy's, the chain will test a new concept at its Metro Market in Wisconsin. The store will feature a one-stop shop with groceries, a bar, a pizzeria, a bakery, a coffee shop and a pharmacy. The store is designed to attract Millennials and urban professionals who want fresh prepared food offerings. Analysts note that the new format borrows heavily from the Mariano's store format: "It will be interesting to see how much of this is not just them leveraging Mariano's successes, but also how much are they thinking about what they might be able to learn from this execution that might apply to other Kroger divisions," said Jim Hertel, managing partner of food retail and production consultancy Willard Bishop, based in suburban Chicago.

The potential acquisitions won't likely be closed in the near future, but the fact that the company is involved with two major supermarket chain acquisitions both at home and abroad showcases that they are not satisfied with their current standings. A&P may have been the premier supermarket for 150 years in the U.S., but all giants fall. It appears Kroger wants to be the next giant to step up.