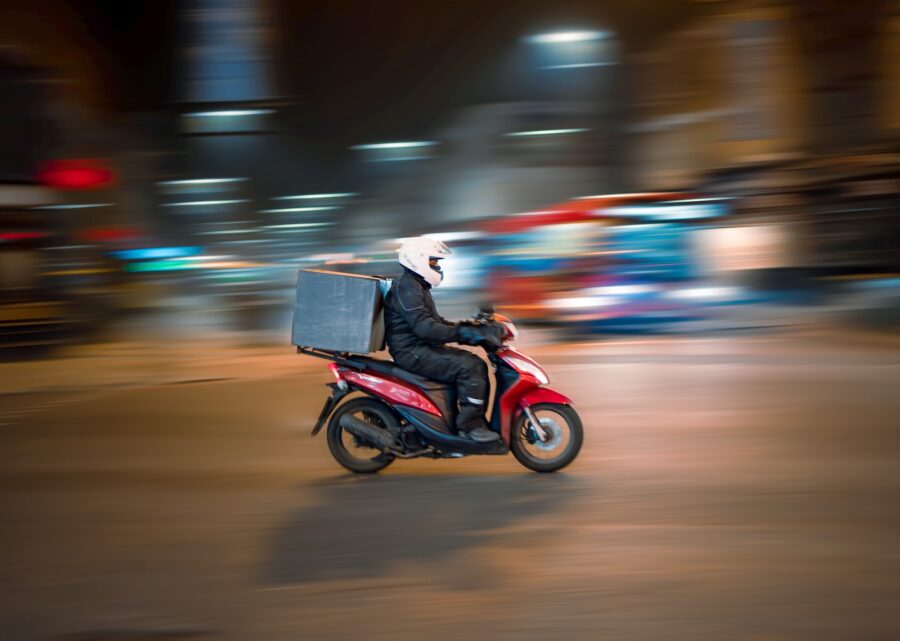 Perhaps the biggest change in the equity markets over the past 18 months has been the sudden focus on profitability. For years, both public and private companies were allowed – more accurately, encouraged – to post enormous losses in the pursuit of revenue growth and a dominant market position.

In early 2021, that suddenly changed. By June of that year, tech columnist Kevin Roose in the New York Times was wistfully bidding goodbye to the “millennial lifestyle subsidy” created by the losses. Investors began demanding the profitability that was supposed to follow the billions of dollars spent on gaining market share.

In few industries was this shift more pronounced than in third-party delivery.

Amid the pandemic in 2020, delivery stocks obviously benefited greatly – and valuations soared as a result. In June 2020, Just Eat Takeway agreed to acquire Grubhub for $7.3 billion, or nearly 100 times Grubhub’s 2019 adjusted net income. In December of that year, DoorDash raised $3.4 billion in the second-largest initial public offering of the year. The company finished its first day of trading with a valuation over $70 billion. Uber Eats, launched in 2014, kept Uber’s stock and revenue afloat as its core ridesharing business cratered.

But since DoorDash’s IPO, public investor sentiment has changed markedly: 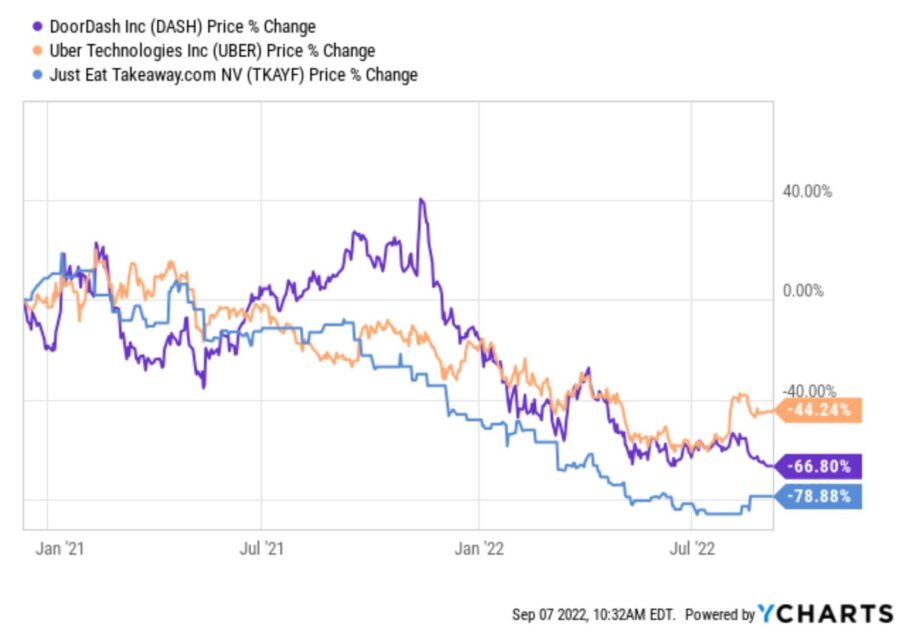 Private market behavior has been the same: valuations there have plunged, as the New York Post reported in March.

For public delivery stocks, the problem has been simple: the pivot to profitability hasn’t generated enough actual profit.

Uber’s delivery revenue soared to $8.4 billion in 2021 from $1.4 billion two years earlier. But in the first half of this year, the delivery business has generated just $129 million in Adjusted EBITDA (earnings before interest, taxes, depreciation, and amortization).

Private rivals too appear to be struggling with more than just lower valuations. Instant grocery apps Getir and Gorillas are laying off hundreds of employees. Rapid delivery startups have gone out of business.

The question for the industry thus becomes: without investors willing to shoulder large, ongoing losses, do most delivery business models actually work?

In some cases, the answer appears to be ‘no’. There may not be a level of markup that can both drive demand from customers and profits for operators.

But despite the plunge in public market prices, it’s worth noting that to some extent the long-term vision of early investors has borne out. Uber stock may be down 43% since the beginning of 2021 – but the company still has a market capitalization of $57 billion. A good chunk of that figure is derived from the delivery business. DoorDash has been a disappointing IPO, but still is worth $23 billion.

The thesis that early losses would drive huge market share and big valuations indeed has played out for DoorDash and Uber in particular. The problem for public market investors and delivery stocks is that it hasn’t played out quite as well as was hoped 18 months ago.