Several notable food business investments occurred the last few weeks. Some of the more interesting ventures involve Apeel Sciences, Slice, and Albertsons Cos.—all of which will impact the industry in their own way.

In its latest investment round, Apeel Sciences raised $250 million.

GIC led the most recent capital raise, and with previous investment from Oprah Winfrey in 2019 and others, it brings the company’s valuation to over $1 billion.

The technology Apeel developed is designed to keep food fresh for longer periods on store shelves, which prevents waste and encourages consumers to buy more vegetables, reported TechCrunch (May 26). This earned the company roughly $360 million in total financing and attracted investors such as Upfront Ventures, S2G Ventures, Andreessen Horowitz, and Powerplant Ventures.

“The [food] system is taxed beyond its limit,” said CEO James Rogers. “We view our job at Apeel to build the food system and support the weight of a couple of more billion people on the planet.”

With the new investments, the company will begin expanding its operations and working with the big farming companies and growers in Africa, Central America, and South America. “To maintain 52 weeks of supply on shelves we need to have operations in the Northern and Southern hemispheres,” said Rogers.

Currently, the company is working with a relatively limited range of produce including avocados, asparagus, lemons, and limes. “Let’s take what the orange knows and teach it to the cucumber so that it doesn’t have to be wrapped in plastic,” said Rogers. “When you reduce that waste there’s a ton of economic value that is unlocked.”

“Apeel Sciences is one of the most innovative companies in the food biotech space,” said Brian Choi, CFA, managing partner and CEO of The Food Institute. “The company is on target to save 20 million pieces of fruit from going to waste at retail stores and extending shelf-life in the home where food waste is three times as high. U.S. retailers that use Apeel reported a 50% reduction in shrink, and a 5% to 10% growth in dollar sales.”

Choi noted that although the latest valuation may seem high, it pales in comparison to the annual amount of food waste. Based on estimates by USDA, over $160 billion of produce is wasted per year, while other studies estimate 50% of all produce in the U.S. is thrown away annually.

As an all-in-one ordering and marketing tech platform for local pizzerias, Slice recently raised $43 million in Series C funding. The round was led by KKR with participation from existing early investors, including GGV Capital.

Slice’s platform of services powers the online discovery and ordering for small, local pizzerias and connects them to a large network of new and existing customers who prefer a frictionless experience through the Slice app and website. These capabilities have proven particularly essential during the COVID-19 pandemic with the surge in demand for pickup and delivery.

The new capital will be used to enhance and scale Slice’s platform of services, which powers over 12,000 pizzerias across all 50 states.

“Small- and mid-sized businesses (SMBs) are the lifeblood of the American economy,” said Jeff Richards, managing partner at GGV Capital and Slice board member. “Along the lines of what highly impactful companies like Square, Wix, and Shopify have done for SMBs, Slice is building the next great SMBTech platform for independent merchants in the pizza industry.”

“We started Slice because we believe independent pizza makers are an essential part of our local communities,” said Ilir Sela, founder and CEO. “This has never been more apparent than over the past few months as nearly half a million dollars has been donated to not only drive more sales for small businesses, but also feed hundreds of thousands of care workers across the country through our Pizza vs. Pandemic initiative.”

Pizza vs. Pandemic was created by Slice in partnership with Slice Out Hunger and Pizza to the Polls to feed frontline workers with coordinated large orders from local pizzerias. Since March 21, the program raised over $470,000, fed an estimated 140,000 workers, and supported over 700 pizzerias.

“The combination of helping small business owners (as opposed to large pizza chains like Dominos) and the expected continued trend of consumers ordering for takeout makes Slice a promising investment,” commented Choi.

The investment by Apollo gives the New York City buyout company and other investors a 17.5% stake in the company through convertible preferred shares.

“Apollo Funds represents a vote of confidence in both our business and our long-term strategy,” Albertsons CEO Vivek Sankaran said.

Amid the pandemic, Apollo shifted the focus of its $25 billion private equity fund “almost entirely” on gaining control of companies by investing in their debt, according to CEO Lion Black. “Our expectation is that over the next two years there are going to be a lot more distressed opportunities,” Black said.

Albertsons, controlled by New York private equity firm Cerberus Capital Management and several real estate investment partners, has long been burdened with a massive amount of debt, including $8.9 billion from the 2015 purchase of Safeway.

Two years ago, Albertsons owed $12 billion that was then trimmed to $8.2 billion at the end of February. It also has nearly $5 million in unpaid liabilities to its union pension plans. In March, the company announced its intentions to go public before the end of the year.

During the pandemic, grocery stores experienced a significant increase in sales. Same-store sales at Albertsons increased 4% during the first eight weeks of its 2020 fiscal year, ending April 25, compared with the same period a year ago. During the four weeks ending March 28, sales jumped 47%.

“Apollo’s investment in Albertsons is in the form of convertible preferred equity, which represents an interesting risk/ reward for the investor,” said Choi. “The preferred equity provides Apollo with downside protection (i.e., preferred having seniority in the capital structure) while at the same time providing return through dividends.

“Additionally, the preferred equity provides Apollo with upside potential if Albertsons is able to go through with the IPO,” Choi continued. “The $1.75 billion will also provide a valuation floor and give Apollo the option to convert the preferred equity to common equity when market conditions are favorable.” 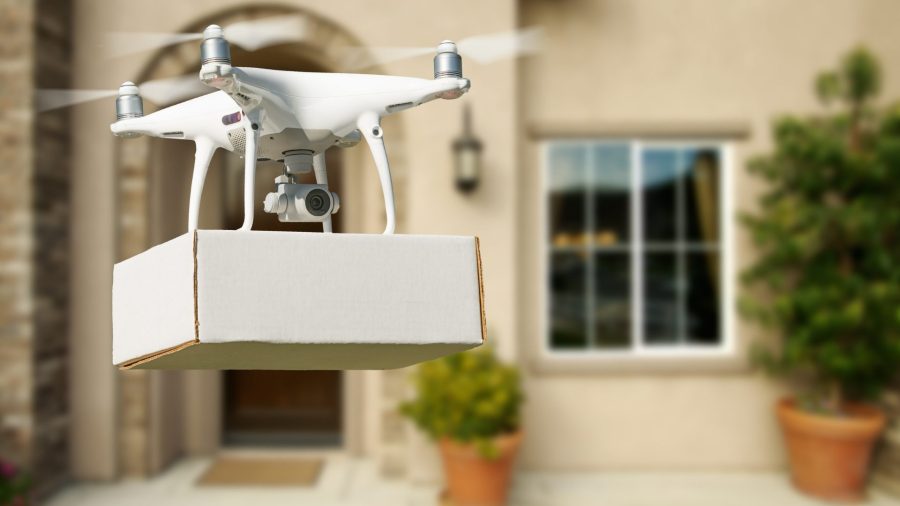