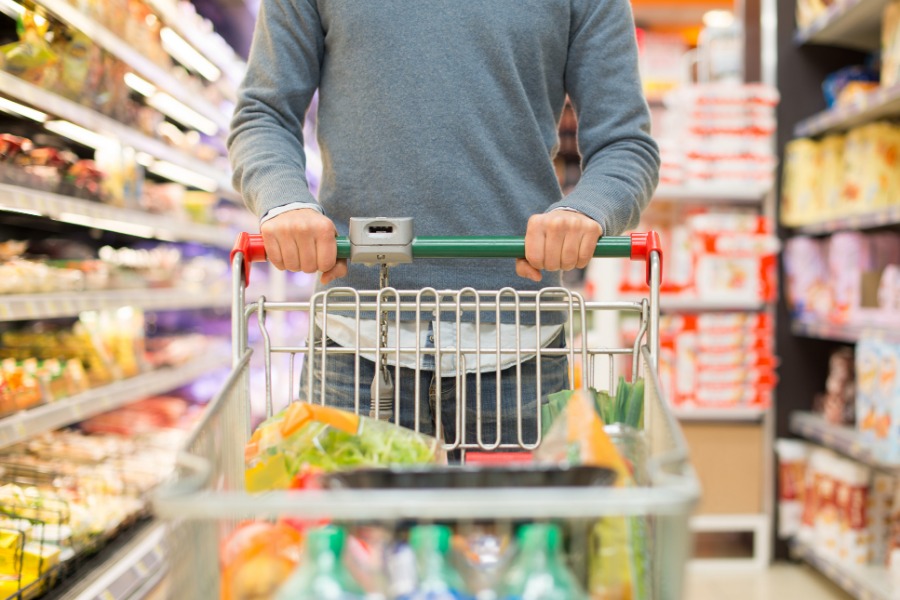 Although shoppers have been primarily driven to make grocery purchases based on health and safety concerns during the pandemic, a second layer of consumption behavior has been emerging from those experiencing financial restraint, according to Nielsen’s COVID-19 Shopper Survey.

U.S. unemployment fell from its peak of 14.7% in April, but consumers are still weary causing the U.S. Consumer Confidence Index to plummet by 21 points from first quarter to second quarter 2020.

Of those who participated in the survey during the first week of July, 29% of respondents said their household’s financial condition worsened from the previous year. Cautious middle consumers are also planning for an uncertain future that may include an impact to their income eventually.

Both segments are developing new shopping strategies to not only protect their health but to make each dollar stretch further by  seeking out discounts and promotions, shopping at stores with lower price points, cutting back on luxury items, increasing their reliance on e-commerce, opting for non-perishable and frozen foods over fresh foods, and substantially reducing their overall spending.

A new survey from 451 Research also agrees that the coronavirus crisis continues to weigh heavily on people’s minds and purchasing decisions. Meanwhile, it found the U.S. presidential election in November is expected to only have a minor impact on consumer discretionary spending over the next three months.

Almost 75% of respondents said the election would have no impact on their spending for the next 90 days, but of the remainder of the respondent pool, more people expect to cut back on spending rather than spend more as the holiday season approaches.

For the 2020 holiday season, RetailMeNot’s survey indicated 66% of consumers will spend the same as last year or more to foster a sense of normalcy and to keep traditions alive. Additionally, the study found the holiday season will start earlier than previous years.

However, over 88% of consumers said they will not shop the traditional in-store door buster deals on Thanksgiving in order to avoid the crowded lines and chaos. Seventy-five percent indicated they prefer to shop online this year.

Over 61% of 451’s survey respondents said staying home more due to the virus was the biggest reason why they plan to spend less over the next 90 days compared to the previous 90 days, while 47% anticipate overall spending over the next 90 days will be less than what they spent last year, and 33.2% expect their spending will remain the same as last year.

About 44% of survey respondents said they will spend less on dining out at restaurants over the next three months, while only 19.2% reported they will spend more. Twenty-six percent also indicated spending more on groceries.