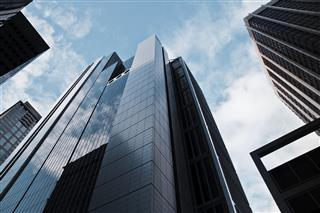 Last winter's snowfall in the Northeast was bad enough that it could hurt more than regional chains, with Dunkin' Brands Group Inc. expecting its same-store sales down by 1 to 1.6 percentage points thanks to slower sales in major markets such as New York City and Boston, reported Reuters. The winter was expected to reduce growth of the U.S.'s overall GDP by 0.2 percentage points, according to Goldman Sachs.

While Dunkin' Donuts has 8,082 locations across the country they are concentrated in the Northeast, which is home to 4,030 stores. While consumers in such areas are usually well-equipped to deal with inclement weather, this year's snow forced road closures and slowed public transport even in Boston, keeping people from going out to purchase food.

Still, the company is expanding geographically, with plans for 1,000 restaurants in California in the long-term, up from its current 458 Baskin-Robbins and eight Dunkin' Donuts. The company also plans to open 1,400 stores in China over the next 20 years, with the first opening late this year.