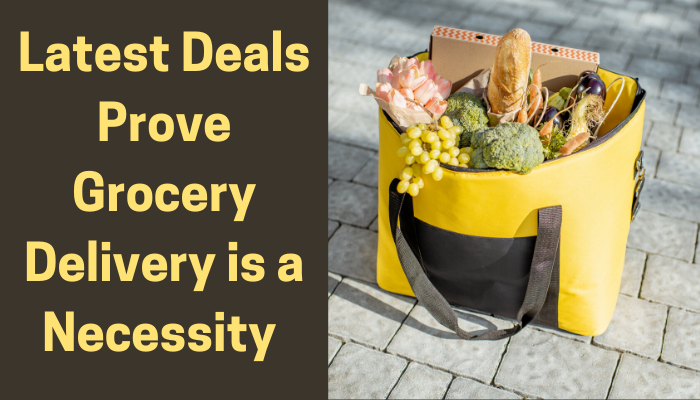 Uber launched grocery delivery services under its Eats Pass and Uber Eats programs, reported Tech Crunch (July 7). The company launched in 19 cities in Brazil, Canada, Chile, Colombia, and Peru, with plans to expand into the U.S. market in Miami and Dallas later in July.

“Over the last six months, it’s become increasingly clear that grocery delivery is not only popular, but often a necessity,” Uber writes. “We expect to see this trend continue as people across the world look for new ways to save time and stay safe.”

The new offering is similar to Uber's other services. Customers order from the app and can track the driver's progress. There is also a no-contact option. Following the limited launch, Uber will bring the service to additional cities around the world in “the coming months.”

The service will give Uber an edge over some of its rivals as competition is heating up in the market. Doordash, Uber, Grubhub, and Postmates are all now trying to win over customers throughout the U.S., changing the landscape of the food delivery wars, reported The Wall Street Journal (July 6).

However, it's not only these big name players involved in the delivery war.

Rouses Markets will launch an unmanned drone grocery delivery pilot in fall 2020, reported OBA (July 7). The company partnered with Deuce Drone to pilot delivery services from its Mobile, AL, store, with the company's CEO saying it should take 30 minutes or less.

Rhett Ross, CEO of Deuce Drone, said Rouses Markets is an ideal test case for his company’s last-mile delivery solution because of its footprint and commitment to being first with everything.

Additionally, same-day delivery marketplace Shipt is expanding its offering by partnering with Fresh Thyme Farmers Market. Customers in 30 metro areas across the Midwest region will have access to a variety of delivery options, giving customers the flexibility to order same-day delivery as much or as little as they want.

delivery.com also expanded to 150 more cities by adding MyTown2Go and its brands Dinner Dart, Go Cravy, and Gulf to Go to the network. With all four available exclusively through the delivery.com website and app, delivery.com now connects more than 2.5 million customers and corporate clients with more than 19,000 restaurants, liquor stores, and other businesses in 2,000 cities. The announcement with MyTown2Go is part of a rapid series of acquisitions and partnerships and follows the news that California-based Doorbell Dining also joined the delivery.com network.

Meanwhile, GrubMarket, which offers delivery of various organic and locally-sourced food, acquired Growers Produce Inc. and Cali Fresh Produce. Since both companies have relationships with California cherry producers GrubMarket will become a major nationwide supplier of California cherries, and the deals strengthen its sourcing power for a variety of other fresh produce from California. The companies also established customer bases across the West Coast, East Coast, Midwest, and other parts of the U.S. including the Pacific Islands.