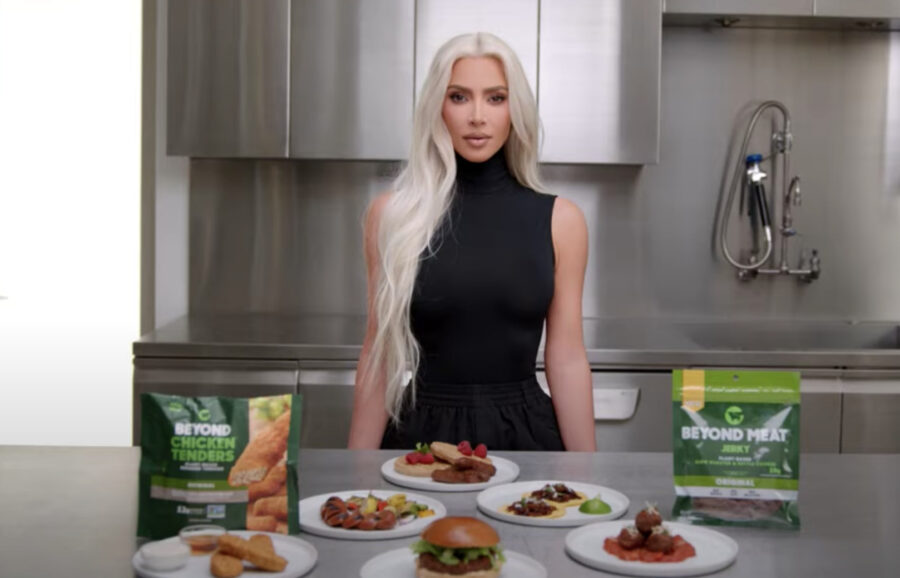 When you’re famous for being famous (and for dating other famous people), can your Instagram influence sway consumers to your cause?

“Absolutely,” says Eman Pahlavani, Founder and COO of Hungry Marketplace. “In a world where everyone consumes content through social media and follows celebrities via different media platforms, having celebrity backers can catapult your business to a wider audience overnight.”

Pahlavani says that celebrities who are willing to talk about your product or promote it by using it make the most effective brand partnerships, and that if they can show that they truly believe in the product and it has helped them in their own lives, that tends to resonate with prospective customers.

Beyond Meat, however, may disagree. The disruptive food brand has been in precipitous decline for months, dropping more than 80% in share value in the past twelve months and over 66% since Kardashian’s 300-million Instagram follower endorsement. Nonetheless, the New York Times reports that Gen Z is more likely to buy from brands with notable celebrities touting their products, and that eye-popping, loud celebrity endorsements helps foster social media engagement, particularly on Instagram and Tik Tok.

“Celebrity endorsements are still valuable with Gen Z, but it seems they are most valuable when the celebrity is viewed as an actual collaborator (such as with clothes or sneakers) or as a partner or leader in the venture, such as MrBeast with his Feastables,” said Gen Z expert Jason Dorsey of The Center for Generational Kinetics.

In the world of the influencer endorsement, what’s old is new again as the dream of the ‘90s lives on alongside more contemporary singer-songwriters, actors, and more. Recent celebrity food and beverage endorsements include the following:

Dorsey added some key food for thought when it comes to endorsements:

“Gen Z is skeptical of traditional celebrity pay-to-play endorsements and wants the endorser to actually be more committed than just attaching their name to a project for a fee.”

“You see this with Kylie Jenner’s makeup,” Dorsey explained. “To really reach, build trust, and influence Gen Z you have to go to where they already are now, which is social media, which is why those platforms continue to launch so many of these types of endorsements and relationships.”

McDonald’s has long been a mainstay for athlete and celebrity rubber stamping of its products. From Michael Jordan to Mariah Carey, BTS, and more, the fast-food chain has thrived with the right ambassador at the right time, driving consumers to its restaurants, mobile-based apps, and, yes, to social media, the burgeoning virtual landscape of consumer culture.

“If you think about the target we’re focusing on, which is youth and youth culture, that’s where they’re living,” said Jennifer Healan, the vice president of U.S. marketing, brand content and engagement for McDonald’s, reported The New York Times.

Roll tape! Or at least the YouTube channel – “Imma try some hottie sauce on a biscuit,” said Megan Thee Stallion in last year’s endorsement for Popeyes Louisiana Kitchen. On her YouTube channel in a video titled “Megan Thee Stallion – Hottie Sauce Mukbang,” the three-time Grammy award-winning artist praised the sweet, spicy hottie sauce, noting, “I think this [expletive is] fire,” after tearing open a sauce packet with her name on the lid.

Whether consumers will do the same depends how they feel about the hottie sauce, Ms. Stallion, and everything she represents.