Veganuary is in full swing, and the movement appears to be gaining momentum.

Veganuary began in the U.K. in 2014 to raise awareness about the environmental impact of society’s food choices, as noted in a recent article by The Star. Think of it as “Dry January,” but instead of giving up alcohol, people go vegan for the full month. Some Veganuary participants decide to go full-on vegan after the month, too. 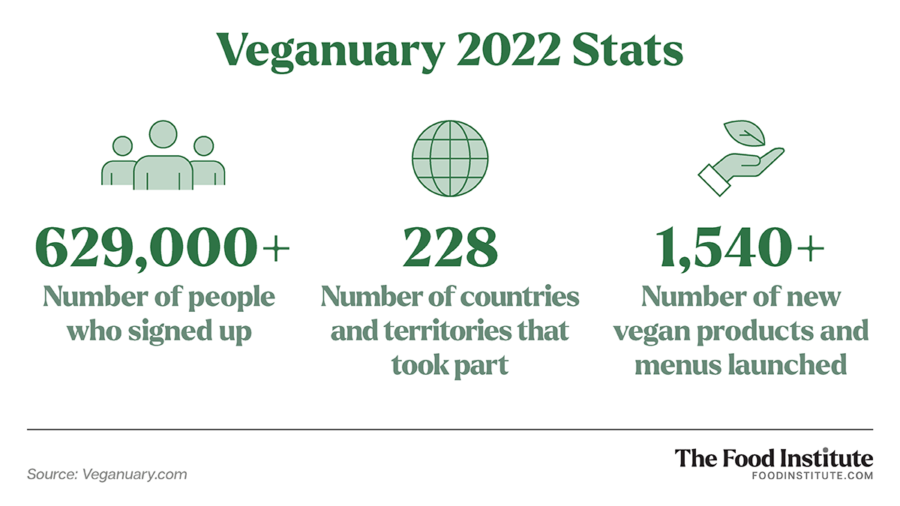 This month is a huge opportunity for restaurants with vegan options to nab new customers, according to experts.

“With vegan and plant-based options being requested more and more by diners, restaurants have a huge opportunity to fold these folks into their regular customer base,” Joni Marie Newman, vegan chef and manager at Tanaka Farms, told The Food Institute. “Plant-based proteins are everywhere. That cat is out of the bag. Everyone knows about them, and you can get them practically everywhere now.

“But, a nice vegetable-focused entree at a sit-down restaurant that goes beyond a salad or a veggie burger, is still a bit elusive.”

“The trend of going vegan for the month of January, or ‘Veganuary,’ presents a unique opportunity for food manufacturers and restaurants to showcase their commitment to sustainability and ethical practices,” Hainla told The Food Institute. “By offering a diverse range of plant-based options, these businesses can attract a new customer base of compassionate and health-conscious individuals. In fact, the demand for vegan options has exploded in recent years, with the market for plant-based meat alone expected to reach $85 billion by 2030.”

A few examples of companies that have capitalized on the popularity of a vegan diet include Squeaky Bean, a vegan brand that’s launching a heat-and-eat range, designed for cooking at home, and Drake’s Organic Spirits, an organic and sustainable spirit producer.

For restaurants that don’t currently have vegan options, adding them is easier than it sounds, Newman said.

“Amazing vegan dishes can be made with ingredients most restaurant kitchens already have on hand,” she said. “Think pasta marinara chock full of vegetables, a well-seasoned grilled vegetable platter served with rice or potatoes, a stir-fry with noodles topped with an amazing sauce, spring rolls stuffed with veggies served alongside a peanut sauce, fried avocado tacos with cabbage slaw and cilantro-lime drizzle, grilled cauliflower steaks over risotto…the list goes on.”

Newman also advises restaurant owners and managers to reach out to a local vegan chef to do a walk-through of the kitchen and consult on a few signature recipes that can be prepared with items that the restaurant regularly keeps in stock. Those special ingredients are what prevent a lot of places from offering vegan options to begin with, she explained.

“By simply having a fresh set of eyes taking a look at what there is to work with through a vegan lens, many restaurants could offer top-tier plant-based offerings with no additional cost,” Newman said.

Restaurants and food manufacturers should always be experimenting with new offerings in order to stay competitive, Hainla said, noting:

“Nobody wants to be stuck with a bland, limited selection of options. By experimenting with different plant-based ingredients and techniques, businesses can create delicious and innovative dishes that rival their animal-based counterparts.”

There are other benefits to exploring vegan options, too. Hainla explained that replacing animal products with plant-based alternatives can reduce businesses’ environmental footprint.

Although there are many supporters of Veganuary, not everyone is a fan of the craze. A recent Daily Mail article argued there are risks associated with a vegan diet, including possibly causing depression and a risk of broken bones and miscarriages due to vitamin deficiencies.