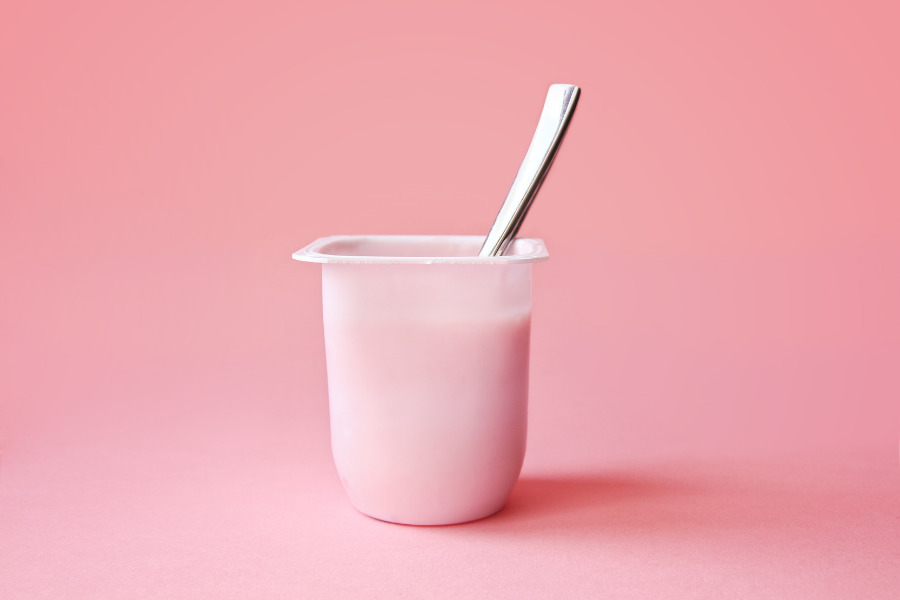 Danone is being pressured on three fronts: nondairy substitutes are failing to compensate for a slowdown in yogurt consumption, demand for bottled water has wilted, and infant formula sales have weakened due to slowing birthrates.

Amid these ongoing issues,  CEO Emmanuel Faber will step down after shareholders called for new management to revive the brand, reported Bloomberg (March 2). Additionally, the company is planning to sell its stake in Chinese dairy company China Mengniu Dairy Co. to fund stock buybacks and boost shareholder returns amid pressure from disgruntled investors, reported Bloomberg (Feb. 28).

In 2017, Danone spent more than $10 billion to buy nondairy producer WhiteWave. However, alternative products made from soy and oats have yet to offset a drop in demand for traditional dairy products.

DROP IN DEMAND FOR BOTTLED WATER

Amid the pandemic, house-bound consumers are buying less bottled water.

However, the drop in demand was well under way before COVID-19, with both investors and consumers  increasingly concerned about plastic pollution and the depletion of local water tables, reported Financial Times (July 17, 2020). “People are saying bottled water is the new tobacco. That’s the tenor of the debate,” said Martin Deboo, analyst at Jefferies, in Financial Times.

Danone has reported weaker growth in its water division going back to 2019. Coca-Cola said in the same year that its “performance in the water category has not been as strong as we’d like.”

Additionally, bottled water is losing share to new beverages like flavored sparkling water, which has been popular with consumers in recent years.

Despite early speculation that 2020 and 2021 would lead to more expecting parents, it appears the pandemic has led to a baby bust rather than a baby boom, reported Forbes (Feb. 3).

Back in June, a few months after restrictions were implemented across the U.S., the Brookings Institute estimated that the U.S. would see between 300,000 to 500,000 fewer births than in 2019.

Further, research at the Guttmacher Institute found that 34% of American women have reduced the number of children they expect to have or have delayed their plans to have children due to the pandemic. This isn’t unique to the U.S., as researchers also looked at the birth rates in Italy, France, Germany, Spain and UK, and concluded that many people decided to postpone plans to have children.

Less babies around the world means less demand for infant formula, leading to even more problems for Danone.