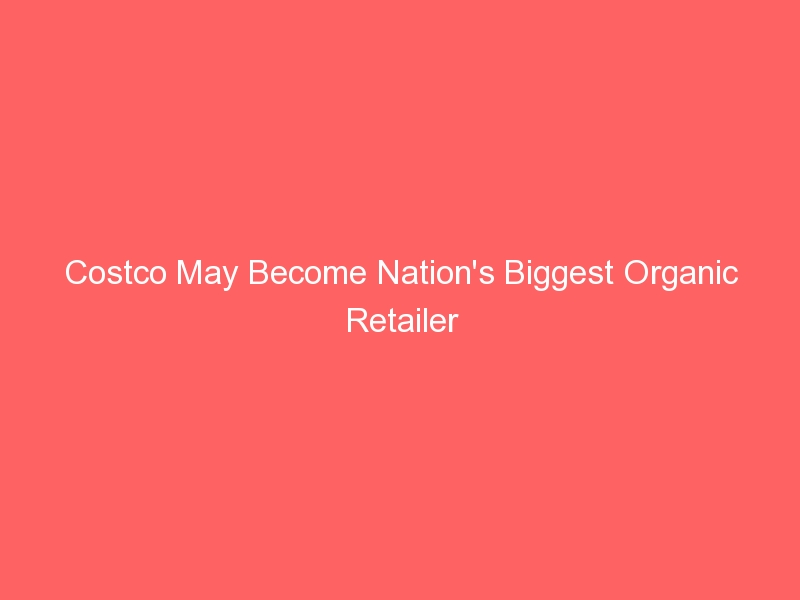 Costco has had some success with its organic options in recent years, and is in a position to overtake WHOLE FOODS MARKETS and TRADER JOE’S as the number one organic retailer in the country. With about $3 billion in U.S. organic retail sales in fiscal 2014, the company accounts for an estimated 9.3% of the total organic food market, according to BMO CAPITAL MARKETS (Jan.15).
While the chain doesn’t actively advertise its organic selection, it does clearly mark items with green labels in stores. Drawing more attention to organic availability could help Costco attract more Millennials, which may be the company’s long-term strategy. Millennials recently surpassed Baby Boomers as the largest segment of the U.S. population. Currently, the average Costco customer is 40 years old.
Food sales as a whole accounted for 22% of Costco’s total sales in 2014, worth about $24.2 billion. Meat accounted for $5.9 billion in sales, about 5% of sales, and produce accounted for $5.5 billion, also at 5%. Bakery was worth $1.4 billion, 1% of total sales, and seafood sales were $1.3 billion, also 1%. Other fresh food sales only accounted for $228 million in sales.