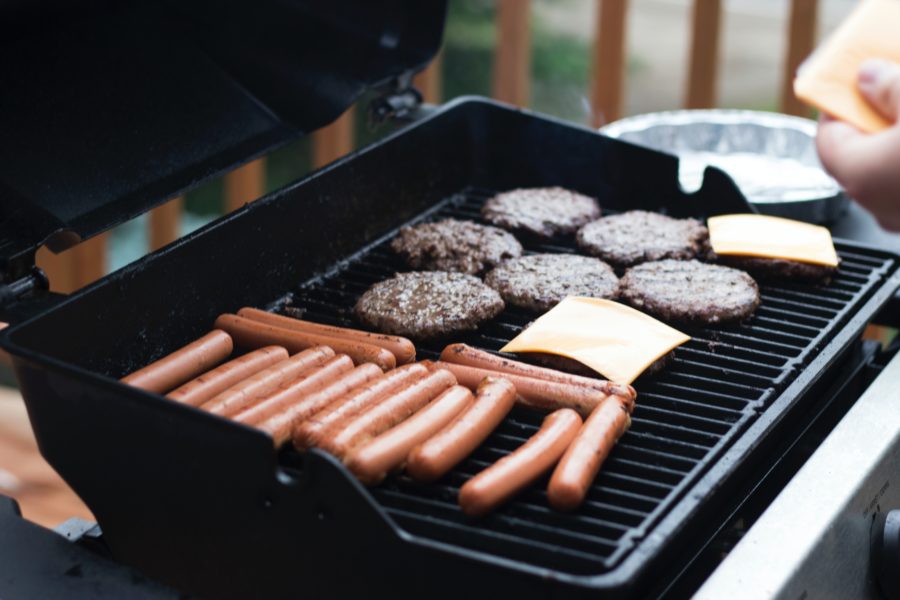 NPD reported consumers spent more than $4.9 billion on grills, smokers, camping stoves, accessories, and fuel last year, and more than 14 million grills and smokers were sold between April 2020 and February 2021.

Were consumers, who were forced to cook more of their meals at home because of the pandemic, just looking for something different?

“Even before the pandemic, trend data was showing us that grilling and smoking was starting to increase in popularity among U.S. consumers. It’s become much easier and less intimidating for beginners, and that’s driven by the availability and affordability of outdoor cooking technology,” National Pork Board marketing communications director Jason Menke told The Food Institute in an email.

“Those ribs, shoulders and chops are great cuts that allow outdoor cooks to be successful while simultaneously providing a great value, whether you’re feeding five or 15. Consumers also tend to think of grilling as a healthier cooking method, allowing fat to cook off and drip down.”

The most popular grills among consumers are the gas and charcoal options, but other grills saw growth as well. Gas grills accounted for 54% of sales in the second half of 2020, compared with 37% during the same period in 2019, NPD said. Pellet grills, which combine elements of charcoal smokers, gas grills and smokers, saw the next highest sales growth of 52% to reach $189 million in sales compared with the second half of 2019. Portable grills, pizza ovens and turkey fryers also saw strong sales, while camping stoves saw sales double.

The NPD statistics were compiled from point-of-sale data from more than 600 retail locations, plus e-commerce and mobile platforms. The company also examined millions of receipts from 130,000 consumers and conducted more than 12 million consumer surveys.

“The need to cook more meals at home combined with the desire to experiment with new ways to create those meals helped fuel growth for almost all types of grills,” NPD home industry adviser Joe Derochowski said in a press release (April 14).

“Camping vacations, Friday night pizza, trying a new roast recipe and smoking the Thanksgiving turkey are the kinds of activities helping to fuel growth beyond the core gas and charcoal grill options. Consumers have turned pandemic-driven boredom into an opportunity to experiment with cooking, and the wide range of grilling and outdoor cooking options are helping them do it.”

Some of the changes facilitated by the pandemic likely won’t fade in the near future. A survey by global consulting group AlixPartners indicates though consumers are optimistic about COVID vaccine, they’re not likely to go back to pre-pandemic habits.

More than half of the 7,000 consumers globally surveyed by AlixPartners said their dining out habits had changed permanently and 25% said eating at home more often would continue, Meat + Poultry (April 14) reported.

“The pandemic absolutely shifted a lot of dynamics related to cooking. … People have grown tired of staring at the same four walls all the time, and there’s a fatigue related to cooking at home. Grilling and smoking means an opportunity to get outside, out of the kitchen, and get some sun and some fresh air,” Menke said.