May 15, 2020
Consumers Feel Guilty About Having Food Delivered
By Victoria Campisi 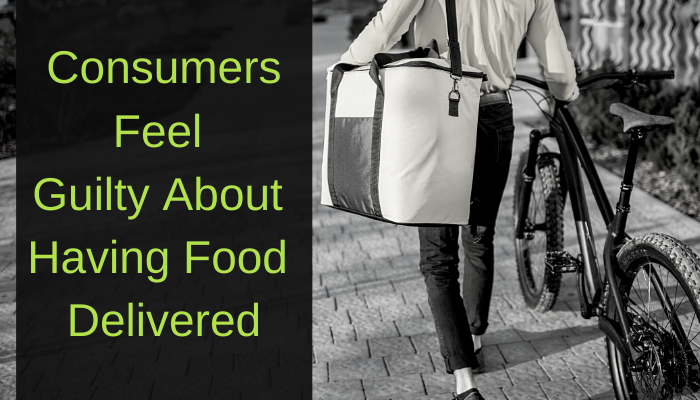 The health of food delivery workers is weighing on the conscience of many Americans, according to a survey from Bankrate.

Forty-nine percent of U.S. adults reported that food delivery stimulates the economy and keeps people employed, while 26% said they feel bad asking other people to potentially put their health at risk to prepare and/or deliver food, and 25% answered “don’t know.”

Of adults who had groceries delivered, 83% experienced at least one problem, with the most common issues being items out of stock, inability to schedule a delivery time, high service fees, and late delivery.

Interestingly, 72% of those surveyed bought groceries in person, compared to 42% who used various forms of delivery. In particular, 49% picked up takeout, 28% had prepared food delivered, 13% had groceries delivered from a local store, 13% arranged delivery from national services (such as Instacart), and 7% had a meal kit service delivered.

According to The Information, Instacart expects to achieve a net profit of around $10 million in April, reported Forbes (April 27). Customers supposedly bought around $700 million worth of goods through the service in the first two weeks of April—an increase of about 450% from December.

Meanwhile, U.S. customers spent around $100 million on meal kits at retail stores in the month ending April 11, nearly double that period a year prior, according to Nielsen. Online meal kit sales grew 63% in the week ending April 15 from the previous year's period, according to an analysis of transactions by Earnest Research. Blue Apron is hiring staff to pack kits and support production, while Home Chef is expanding capacity by using other Kroger production sites, reported The Wall Street Journal (May 2).

In regard to making grocery trips, the Bankrate survey found older generations went to the grocery store more often than younger ones. Seventy-seven percent of Gen X, 84% of Baby Boomers, and 68% of the Silent generation bought groceries in person in April compared to 52% of Gen Z and 62% of Millennials.

“That suggests to me that a lot of people don’t have the available funds to pay right now, so they’re financing these purchases with credit,” said Ted Rossman, industry analyst at Bankrate. “That also fits with our recent CreditCards.com survey, which found 28 million Americans have added to their credit card debt over the past two months.”

However, although usage is up, spending is down, according to JPMorgan. Credit card spending among some of JP Morgan Chase & Co’s U.S. customers fell 40% during March and early April compared to last year, reported Reuters (May 14).

Spending on nonessential goods and services, like retail, restaurants, and entertainment, fell sharply across income brackets accounting for nearly all of the drop in spending during that period. The report showed essential spending, like on groceries and healthcare, initially spiked by 20% before falling back. Spending on nonessential things fell by 50% and dropped 70% on restaurants.

This is primarily due to stay-at-home orders, and less due to job loss, at least for now, said Diana Farrell, president and CEO of JPMorgan Chase Institute.