The near-term pressures on casual dining operators right now are obvious. Fears of a recession are rising. Consumer confidence is falling. Labor shortages have driven up wages and in some cases forced operators to limit to-go orders.

Those pressures have been reflected in stock prices across the space. By my definition, there are eight US-based casual dining stocks which have declined an average of 30% so far this year. That’s about five percentage points worse than the restaurant sector as a whole (again, by my definition, one more narrow than might be used elsewhere) and 12 points behind the 18% decline posted by the Standard and Poor’s 500 index.

The declines aren’t surprising — but they still have to be concerning for both investors and those operators.

After all, one consolation for most sectors is that this year’s weakness follows years of strength. That’s not the case for the casual dining sector, which mostly had struggled heading into 2022. The sell-off thus creates a big question: if the industry wasn’t able to drive shareholder returns looking backwards, how can it do so looking forward?

Over the past five years, an equal-weight portfolio in eight casual dining stocks would have declined about 13% — even including dividends. To be fair, that to some extent overestimates the pressures on the industry. The two big winners over that stretch are the two most valuable companies: Olive Garden owner Darden Restaurants and Texas Roadhouse. (Disclosure: I’m short Texas Roadhouse stock in my personal account, for reasons I’ve detailed elsewhere — among them precisely the pressures on the casual dining space looking forward.)

While the average return of individual stocks has been negative, the overall equity value of the industry at least has grown.

But while Darden and Texas Roadhouse have succeeded relative to the industry, neither has topped the returns of the S&P 500 over the past five years. And it’s too simplistic to blame the weak trading this year — or even the novel coronavirus pandemic — for the sector’s inability to drive acceptable shareholder returns.

Even before this year’s sell-off, the sector had underperformed. From 2017 through 2021, Darden had basically matched the index, but five of the eight companies posted negative total returns for the five years. Run the same exercise from 2015 through 2019 and the trend holds, with those five stocks declining, though Darden and Texas Roadhouse over this stretch at least beat the market.

Again, an optimist could respond that the industry, as a whole, has seen its equity value grow, thanks to the outperformance of the two leaders and the drag of smaller and long-struggling Red Robin on group averages.

But that relative performance might be precisely the point.

Texas Roadhouse was led by a charismatic founder in late chief executive officer Kent Taylor, who installed an impressive system of relentless quality. And unlike more mature rivals like Chili’s owner Brinker International or The Cheesecake Factory, that chain has benefited from consistent expansion into new markets.

Darden stock, meanwhile, has been helped by financial engineering, notably the sale of declining Red Lobster. An activist effort in 2014 also breathed new life into the company’s operations.

But without specific catalysts, casual-dining operators have struggled. Brinker has not been able to drive consistent same-property growth at Chili’s. Dine Brands has never gotten Applebee’s quite fixed; the same is true for Bloomin’ Brands and Outback Steakhouse. Ruby Tuesday is no longer public, but it sold itself in 2017 for just $2.40 per share and then filed for bankruptcy during the pandemic three years later.

The struggles haven’t been confined to legacy brands. Newer concepts — Maggiano’s for Brinker, Carraba and Bonefish for Bloomin’ Brands — haven’t reached the growth required to continue footprint growth. Would-be leaders like Red Robin, Chuy’s and BJ’s too have disappointed.

What recent history thus tells us is that running a garden-variety casual-dining operation isn’t enough.

That, too, shouldn’t be a surprise, as the same trend holds throughout the consumer industry. More than a decade ago, Citigroup called this the “consumer hourglass theory“: the coming shrinkage of middle-class-focused options that offer quality and price that both are “good enough”.

In essence, the bank argued that being in the middle was the worst place to be. It’s not hard to see that argument playing out in the restaurant space. Consumers have been willing to pay a few dollars extra for more local, more unique, higher-end sit-down experiences — or to save some money (and time) at the ever-expanding universe of fast-casual alternatives.

Indeed, the performance of most casual-dining stocks proves how difficult the middle truly is. Without a major differentiator — the scale and leadership of Olive Garden, the tight execution of Texas Roadhouse — consistent growth in casual dining was nearly impossible to drive when times are good. It’s the key reason why investors are so worried about what performance will look like when times are not.

Vince Martin is an analyst and author whose work has appeared on multiple financial industry websites for more than a decade. He is the lead writer at Overlooked Alpha, which offers market-wide and single-stock analysis each week 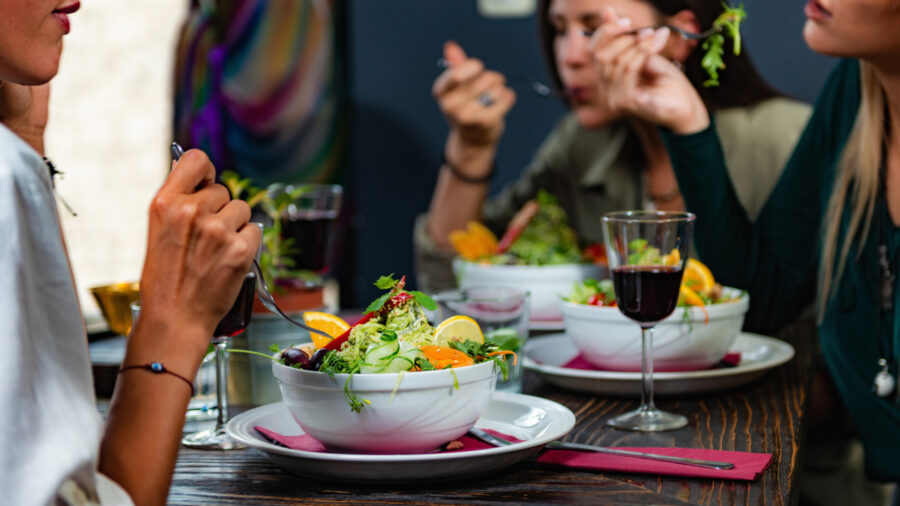 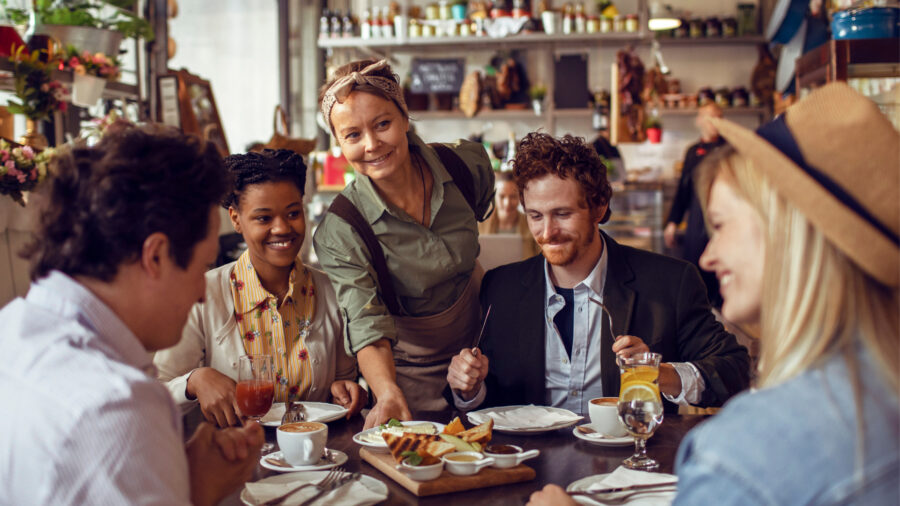