Over the past year, U.S.-China political and economic disputes have been fought via trade, with the most salient Chinese maneuver being the rising of tariffs on American soybean exports to 25%. Now the prospect of agricultural warfare has reared its head up north to Canada.

The Canola Council of Canada reported on March 21 that Chinese importers ceased buying Canadian canola seed altogether, regardless of the processor. The assault on Canadian canola began on March 6 when Richardson International, a major Canadian canola exporter, had its registration to ship canola seeds to China revoked, with the Chinese General Administration of Customs citing the detection of “harmful pests.” China’s customs administration said in a statement posted to its website that four customs offices in China found fungi and plant based pathogens. 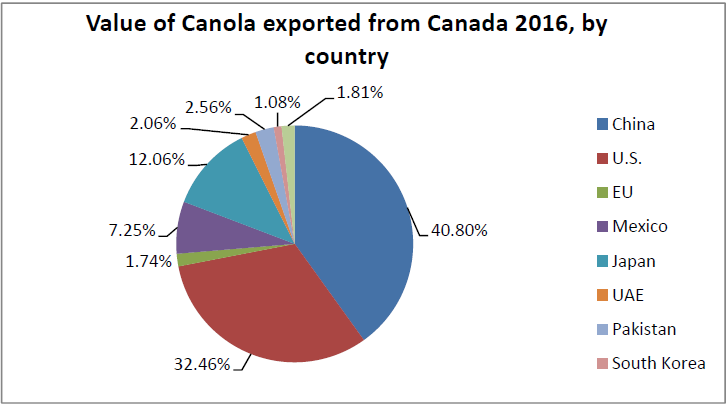 However, the Canadian Food Inspection Agency conducted investigations after China issued notices of non-compliance on canola seed imports, including nine since January. The agency had not identified any pests or bacteria of concern. China has yet to provide evidence of their claims of pest infestation. No other importer nation has found such pests either. China took the final step to end all informalities on March 26 when it revoked the export license held by Viterra Inc., citing the same unfounded allegations of “harmful pests.”

The timing of this de facto Chinese canola embargo and the flippant response from Beijing has led many to believe that the finding of harmful pests and revocation of Canadian canola exports is not merely a coincidence but a geopolitically motivated ploy by the Chinese government to punish Canada for the extradition of a Chinese telecommunications CFO. More specifically, it is in response to the arrest of Huawei Technologies Co Ltd CFO Meng Wanzhou, who was arrested in Vancouver on a U.S. warrant in December 2018, which alleged Wanzhou and Huawei violated U.S. sanctions on Iran. She is awaiting an extradition hearing in May. China had previously exercised retribution against Canada by detaining two Canadian citizens living in China on grounds of stealing state secrets. Now that retribution has extended itself onto Canada’s greatest agricultural success story.

The Chinese attack against canola is well calculated and is likely the most effective measure they can mount against Canada in terms of economic pain. No crop is as distinctly Canadian as is canola. What is now known canola oil was invented in Canada. Created at the University of Manitoba in 1974, when university botanists bred a version of rapeseed with much lower erucic acid than traditional rapeseeds and one that was much suitable for human consumption. The term canola oil was the original trademark of this new variant of rapeseed and the name was a condensation of “Can” from Canada and “ola” from other vegetable oils. As such, canola is considered Canada’s national crop, as no other crops possess such an historical relationship with country nor evoke such national pride as canola does to Canada. 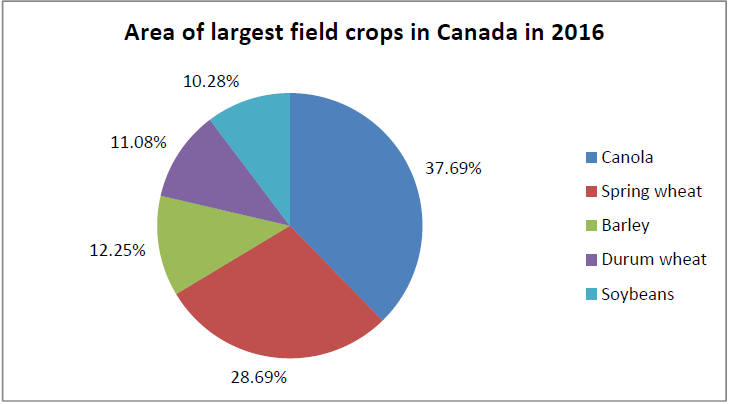 Besides the sentimental value, canola is also Canada’s most valuable crop monetarily as well. Canola is Canada’s most produced and most exported crop, with 94% of canola being exported and, of those exports, roughly 41% is bought by China. Canadian canola growers are already felling the sting, as already languishing canola futures fell over 3% on March 22 after news broke of China’s purchases ceasing. A prolonged conflict will force Canadian canola growers to find new markets to or plant different crops; whatever their choice may be this political strife will only have a negative effect on the price of canola. This uncertainty comes at the worst possible time for canola farmers as planting season for them typically begins in mid-to-late-April. If this dispute is not settled soon, farmers are likely to begin the planting season without knowing if their largest buyer will be willing to buy come harvest season. 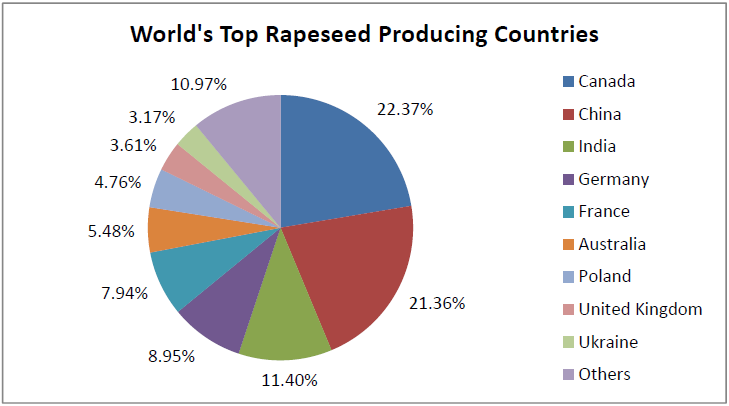 These punitive actions are economically damaging from the Chinese perspective as well. Already paying a premium for South American and U.S. soybeans because of the 25% tariffs, their Canadian canola embargo lowers supply and raises the price off yet another agricultural product that is used to produce animal feeds, putting more cost strain on the reeling Chinese pork industry which is currently suffering from African swine fever ravaging pork supplies. These cost hikes will ultimately be passed on to Chinese consumers, potentially translating into lower consumption and weaker economic growth.