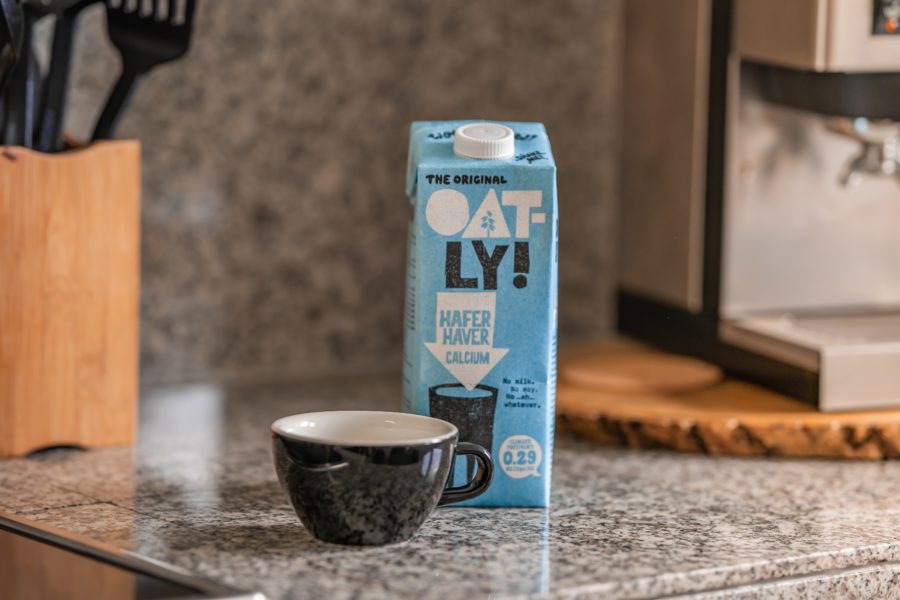 Celebrity-backed plant-based milk brand Oatly has seen success among vegans and non-vegans alike. Once only found in trendy cafes and niche grocery stores, the company’s oat milk can be found in mainstream foodservice outlets and retailers across the U.S.

With that, the company is poised for tremendous growth.

Oatly is planning an IPO that could raise as much as $1 billion, reported Markets Insider (Jan. 6), with Morgan Stanley, JPMorgan Chase and Credit Suisse managing the offering, according to sources familiar with the matter.

Oatly’s success has been bolstered by consumer demand for healthier, alternative food products.

“Plant-based alternatives are riding a healthful motivation. Consumers view these as healthier options compared to their traditional counterparts and use them as opportunities to make better decisions,” said Darren Seifer, food industry analyst at NPD Group.

“Of course, there will be those who, for example, cannot digest dairy so they use non-dairy milk in cereal, smoothies, coffee, etc.,” Seifer continued. “However, 89% of plan-based alternatives users are meat and dairy users at the same time, so for the most part it’s about making healthier decisions.”

“UNICORN” GROWTH IN THE FOOD INDUSTRY

Oatly is among a new group of food company “unicorns,” which are privately-held startups valued at over $1 billion.

Another unicorn is Impossible Foods, which the Prime Unicorn Index values at about $4.03 billion following the company’s latest Series G round back in August.  Impossible secured $200 million in funding, less than six months after it raised the largest investment ever for a food tech startup, reported Reuters (Aug. 13, 2020).

Apeel Sciences, another food industry unicorn, creates an edible coating for produce that makes it last twice as long before spoiling. In 2020, Apeel raised $250 million in new capital in a round let by GIC, pushing its valuation above $1 billion, according to Global AgInvesting.

Interestingly, Oatly, Impossible Foods and Apeel Sciences are all celebrity-backed, even sharing similar investors. And while it might seem that oat milk would only be popular amid the Hollywood crowd, mainstream consumers are certainly taking a shine to it as well.