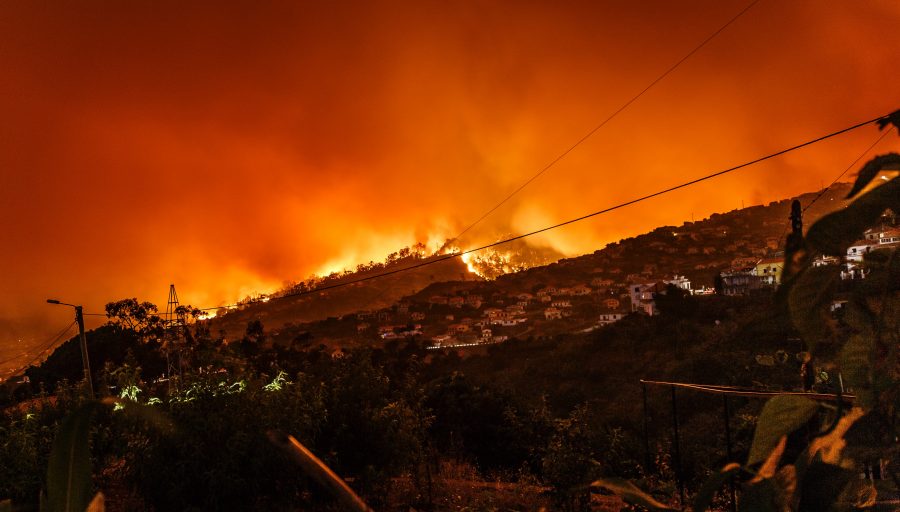 Northern California has been hit with triple-digit temperatures, as well as hundreds of lightning strikes that ignited brush fires, reported Los Angeles Times (Aug. 18). The mercury hit 107 degrees Fahrenheit on Aug. 17 in Santa Cruz, known for its moderate climate, and Death Valley reached 130 degrees—one of the hottest temperatures ever recorded for the region.

This heat wave could affect avocado trees for years to come, according to Ben Faber with the University of California, Agriculture and Natural Resources. Avocado trees evolved in moderate temperatures, so fluctuations can affect trees as they produce a year’s summer flush that becomes the following year’s harvest.

The most sensitive varieties to the heat were the Hass and Fuerte, whose new leaves shriveled. Less affected were the Sir-Prize and Sharwil varieties, which had blackening and curling on some new leaves, while some of the toughest were the Pinkerton, Lamb Hass, and Reed, which showed nearly zero evidence of having been uncomfortable under the strong sun.

However, how well any variety of avocado will do under high temperatures is dependent on how well-watered the tree is, in addition to how healthy its root system is overall. Growers should irrigate their trees in advance of the heat to ensure that their trees are fully hydrated. The more roots a tree has, the more water it can draw up into its canopy to cool itself. It’s suggested that growers apply 3 to 8 in. of organic mulch, such as natural bark chips, straw, or compost.

Additionally, field bins are advised to be placed under the trees while being filled to protect the harvested fruit from sunburn. Once filled, bins should be moved to a shade structure, or covered with bin covers or light-colored tarps if they cannot be immediately transported to the packinghouse.

The heat is also pushing down the quality of the state’s strawberry crop, according to Mark Bolda with the University of California, Agriculture and Natural Resources. The fruit is being softened by the heat, rendering it susceptible to vinegar flies and other pests.

The hot weather only exacerbates the existing problems from root disease. Harvesters should be looking for soft spots anywhere on the fruit, which generally are the mark of an active larva. Many times the area is darkened, but can also form a slight depression.

A good strategy for mitigating later problems is removing the damaged fruit from the plant and discarding into the furrow. The drying fruit kills most fly pupae.

A crop that Bolda does recommends growing to make money in these high temperatures is parsley, which appears to be “doing great.”

Meanwhile, the unusually hot weather overwhelmed the state’s electrical grid, prompting the governor of California to sign an emergency proclamation to free up energy amid the heatwave, reported NBC Bay Area (Aug. 17). The move will allow some energy users and utilities to use backup sources to relieve pressure on the grid during peak times.