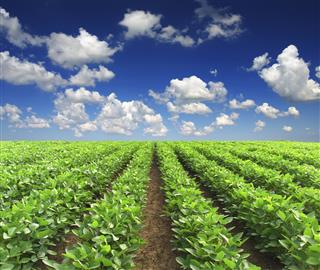 Drones have been the topic of a lot of buzz the past few months, and rightfully so: the mechanical devices have the ability to improve efficiency in a seemingly endless number of ways for all types of industries. However, the coverage has mostly focused on the Federal Aviation Administration and its slow approval process, as publicly blasted by Amazon late last month. Afterwards, the FAA loosened its grip on the process, allowing drone testing by anyone as long as reasonable limitations were adhered to.

However, it would appear that the FAA hasn't completely lost its hold of the industry. Researchers at the University of Florida have been hoping to pair drones with Dutch sheppards and Belgian malinois to better detect lethal laurel wilt disease in avocado groves, as reported by The Packer. The dogs are the real star of the show, boasting a 90% success rate in finding affected trees. The dogs, however, have a limited range. By using drones to survey areas beforehand, the researchers hope to better target affected trees with the dogs. Unfortunately, the researchers must wait until August for the drones to be approved by the FAA before fully researching how the tandem can work together.

Farmers, in general, are responsible for large tracts of land with relatively light workforces. The ability to utilize an unmanned craft to identify crop issues would be a major plus for those in the farming industry. Startup tech company DroneDeploy is attempting to address the issue with its new app that automates the collection of data regarding growing conditions, water use and fertilizer applications by mapping the entirety of a farm. Afterwards, it creates an easy-to-read report that shows farmers were they need to focus most to ensure a healthy crop. Modern Farmer reports that it costs $99 and is available for Android and iOS, and that the program is compatible with a number of popular drone models available on the market.

For those worrying that robotic farming will eliminate jobs, there may be hope yet, especially in the agricultural sector. A new report from Association of Unmanned Vehicle Systems International entitled The Economic Impact of Unmanned Aircraft Systems Integration in the United States argues that more than 70,000 jobs will be created during the first three years of drone integration, swelling to 100,000 by 2025. Most of the jobs, they reason, will be in the agricultural sector. Farmers may no longer be walking the fields for crop scouting, but that doesn't necessarily mean they will be replaced by a machine. Someone still needs to fly the drone.

It might not be great news for working border collies, though, as evidenced by this man using a drone to herd his flock of sheep.