Apr 8, 2015
Avocados Continue to Grow In Popularity and Pop Culture
By Chris Campbell 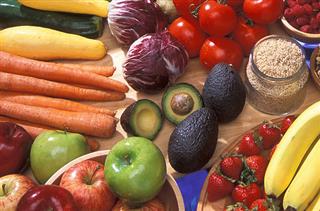 The rise of the avocado can be considered "meteoric" as the sun-loving green fruit has become a staple of the American diet due to its versatility. The food can be included with eggs for breakfast, as a spread for a lunchtime sandwich, in a salad for dinner or as guacamole for a snack. However, the rise is also due in no small part to prime-time advertising by Avocados from Mexico. The organization had advertised during the World Series for years, and this year, they invested in a well-received and funny advertisement for the Super Bowl.

The advertisements have seemed to work: record imports for the Big Game were reported in February. Now, the U.S. avocado industry is gearing up for their biggest holiday: Cinco de Mayo. U.S. consumers will flock to stores in the coming weeks to purchase guacamole and tequila to celebrate the Mexican holiday. It also roughly marks the beginning of the California avocado season, and growers and marketers typically face steep competition from Mexico during this time period. This year may be different, however, as The Packer reports that California growers have a surplus of larger varieties of the fruit while Mexico is reporting large volumes of Hass 48s and smaller. The two deals may compliment each other rather than compete with each other this year.

Avocados from Mexico has at least one more ace up its sleeves, and the organization may have learned it from U.S. marketers that are trying to boost sales via star-studded campaigns. The group recently announced that Maggie Jiminéz, known for her work on Kraft and the Got Milk? campaigns as well as her television duties with Univison, will be a brand ambassador focused primarily on Hispanic consumers. The "Echale" campaign coincides with the launch of a new Hispanic website, complete with a community of avo-lovers looking to share recipes and tricks concerning the fruit, further proving the emergence of this superfood as a cultural powerhouse.