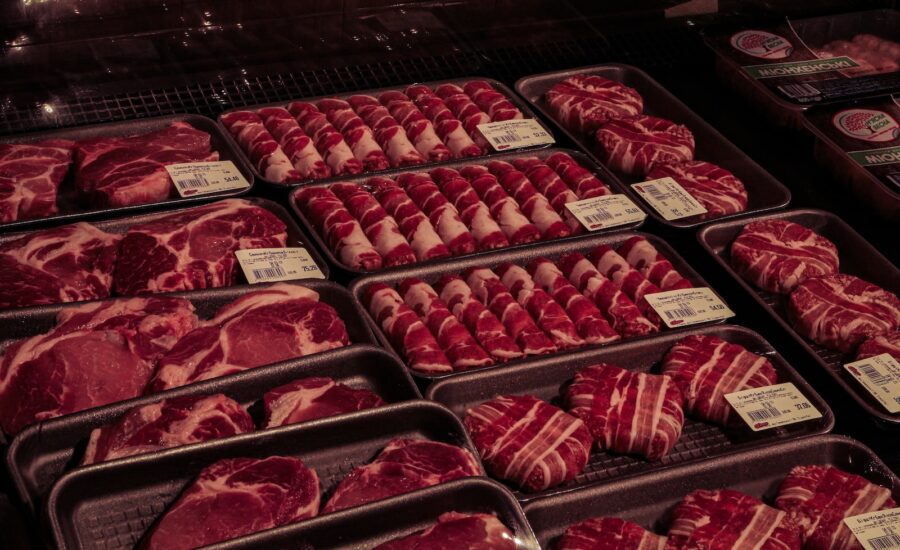 The global meat market is expected to grow at a CAGR of +5.7% to approximately $1.35 trillion by 2029, according to Research and Markets. And the U.S. meat market is doing just fine too, with grocers registering $8.5 billion in meat department sales in July, with gains of +5.6% versus 2021, according to IRI.

Modern consumers are clearly interested in protein-rich diets, along with functional meat products. In fact, meat snacking has grown over 85% the past five years, as people seek snack choices that are high in protein and low in sugar, reported Food Manufacture.

“Meat continues to be one of the strongest departments,” wrote Anne-Marie Roerink, principal at 210 Analytics, in her recently released July report.

Increased awareness of the carcinogenic effects of processed meats and interest in gluten-free products are expected to drive demand for organic meat products, reported Research and Markets.

Meat alternatives may slow the growth of the booming meat market as consumers are becoming more aware of the benefits of plant-based protein options (e.g., health, environmental, etc.). However, initial expectations of the “faux” meat industry reaching 10% or more of total protein sales in the near term have diminished as “real” meat sales have continued to remain strong.

The average price per pound in the meat department across all cuts and kinds, both fixed and random weight, reached $4.56 in July, which was up two cents from the June level, but up +7% compared to a year ago, Roerink reported, citing IRI data.

Other noteworthy findings from Roerink’s July report included the following:

As consumers largely return to a post-pandemic state of normalcy, the battle between convenience, healthy-living and cost-consciousness has intensified in 2022, Roerink noted.

That has resulted in complex consumption and shopping patterns, including meat consumption behavior.

“We see the same household take to scratch cooking one day and value-added or deli solutions the next,” Roerink wrote in her July report. “We see consumers switch seamlessly between quick, frozen meal solutions or fresh meat kits and spending hours on cooking meat on the smoker.

“There is no one-size-fits-all way to handle inflationary pressures in 2022,” the analyst concluded.