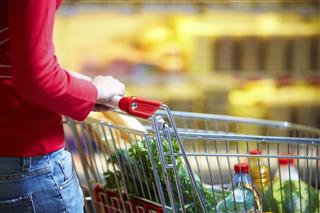 While the primary reason active Whole Foods Market customers sometimes shop at other stores is for lower prices, other factors can also drive them to alternatives. Simply following common market trends, such as the increased availability of natural and organic foods at traditional retailers, is causing Whole Foods shoppers to make the occasional trip to another grocer, according to a January 2015 survey of Whole Foods customers by BMO Capital Markets.

Lower prices drove 34% of respondents to other stores, the most common reason by a significant margin. The survey also found that more consumers are noticing lower prices and reacting to them. However, 27% of customers cited a different selection of products as their reason, while 28% shop at other stores simply for more convenient locations, showing that there is more than one way to divert a customer's loyalty from whole foods.

More than half of respondents are making fewer trips to whole foods simply due to the increased availability of specialty items at standard grocers, and 70% of Whole Foods customers also shop at traditional supermarkets, up from 64% in an October survey.

Online services are also taking their toll on the company, with 2% of respondents already using Instacart and 5% planning to do so in the future.