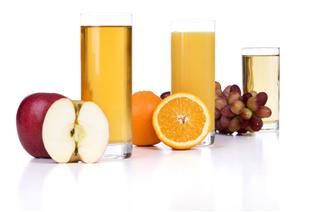 As the decline of orange juice production and sales continues, Florida farmers are contemplating an advertising campaign that would downplay the state's prominent production role.

The USDA recently reduced the estimate of this season's orange harvest to 102 million boxes, a 5.5% drop from its initial October forecast. The decline in Florida's 2014-15 orange crop, coupled with a 29% decline in Brazilian orange imports, will result in world orange juice supplies dropping 4% to 135 million gallons.

Coinciding with crop production being down, sales of 100% orange juice products have fallen 8.7% for the 2014-15 season compared to the same period a year ago ending Feb. 14. As a result of declining supplies and shrinking sales, U.S. per capita orange juice consumption is estimated to be 2.5 gallons in 2014-15, down from the 2.7 gallons in October's forecast.

The Florida Citrus Commission is considering a national marketing program funded by the USDA in a bid to reverse declining orange juice sales, sliding 41% since 2000-01. The state's Citrus Department's budget, funded through a tax on the annual citrus harvest, has fallen by half in the past decade as citrus greening reduced annual production by 55% from 2005, when the disease was first discovered in Florida. As a result, there is not enough money for a national advertising campaign to be funded solely by Florida growers.

But Florida officials are hesitant to have the USDA run an orange juice marketing program, as that would mean ceding control to the federal government. That move would restrict the ability to market orange juice with an explicit Florida identity. USDA marketing programs, such as the ones for beef or milk ("Got Milk?"), cannot be used solely to benefit one state.