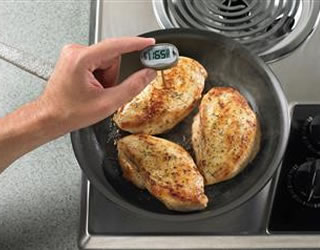 McDonald's decision to remove human antibiotics from its U.S. chicken supply will be costly, and analysts believe that price will be passed on to suppliers, not franchisees or consumers. Suppliers, including Tyson Foods Inc., have two years to make the switch, which could increase on-farm costs by up to 3%, reported Reuters. At a time when more affluent consumers are eating at fast casual restaurants, McDonald's will likely seek to keep prices down for its lower income customers, according to analysts.

Removing the antibiotics cost Perdue Farms millions of dollars and took more than a decade. In addition to increasing mortality rates, removing antibiotics cause chickens to take as much as 20% longer to reach market weight, and additional three to nine days. These combined call for higher egg production.

Regardless of the difficulty, McDonald's size gives it clout with producers. While the difficulty of the task was acknowledged, senior vice president of North America supply chain management Marion Gross stated that the move was "an investment" being made to keep up with consumer demands.