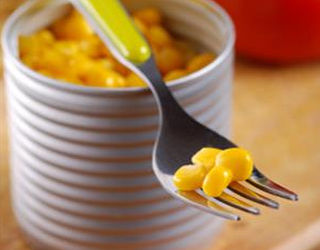 The import and export of sweet corn increased while peas decreased in certain sectors in a year-to-date comparison ending Feb. 28. Imports for frozen sweet corn jumped 29% in volume to 9.2 million-lbs. and 18% in dollar to $4.7 million value in a year-to-date comparison ending Feb. 28. The increase driven by shipment from Canada increasing 41% in volume and 29% in dollar value with about 7.9 million-lbs. were imported worth about $2.9 million.

Imports for canned sweet corn increased 2% in volume with Thailand-sourced shipments at 1.8 million-lbs. Despite the volume increase, dollar value declined 3%.

Exports for frozen prepared sweet corn soared 39% in volume and 35% in dollar value in a year-to-date comparison ending Feb. 28. About 5.5 million-lbs. were exported compared with 4.0 million-lbs. last year. The total cost was about $2.9 million, up from $2.2 million a year earlier. Canada had the largest percentage jump with dollar value rising 465% to $542,000 and 557% in volume to 1.3 million-lbs.

Frozen peas imports fell 36% in volume to 10.6 million-lbs. and 33% to about $6.3 million in dollar value in a year-to-date comparison ending Feb. 28 while canned imports dropped 1% in volume to 4.0 million-lbs. despite a 2% increase in value totaling $3.2 million.

For more information on imports and exports through the month of February, read the latest edition of The Food Institute Report (sub. req.).