Apr 20, 2015
Changes in Fish Choices Coming To Your Local Store
By James Hickey 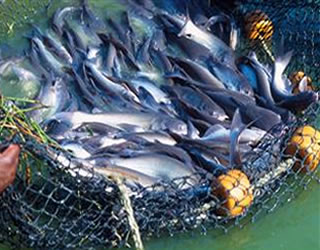 What type of fish that U.S. consumers eat and where it is caught will be changing in the near future. USDA plans to propose standards for the sale of U.S.-raised organic fish and shellfish later this year with it available to consumers as early as 2017. Among the U.S. seafood that USDA may approve are salmon, tilapia, catfish, shrimp and mollusks such as mussels, oysters and clams. Retailers, such as Wegman’s, already sell organic seafood that are imported from countries such as Norway. Most retailers are waiting for the USDA to set the rules before they sell seafood that's been labeled organic.

While the USDA slowly moves to form its regulations, NOAA announced the removal of the gag grouper of the Gulf of Mexico and the North Atlantic albacore from its overfished list.

Last summer, tuna sold for $7 to $8 a pound at Yankee Fisherman’s Cooperative in Seabrook, N.H., a tuna auction house that buys tuna from Maine fishermen. Officials said the new federal designation for tuna won’t affect consumer prices because they are dictated by global market forces and currency rates.

NOAA considers a fish stock "overfished" when its population size is too small, and the stock is placed on the "overfishing" list when its annual catch rate is too high.