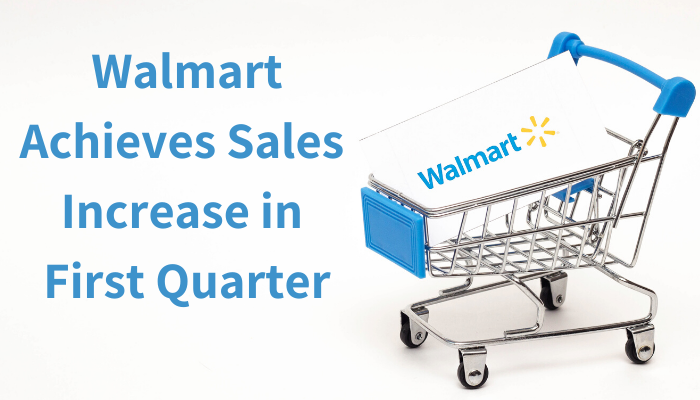 Walmart's U.S. same-store sales grew 10% in its first quarter, led by strength in food, consumables, health and wellness, and some general merchandise categories.

While total revenue was $134.6 billion, an increase of $10.7 billion, U.S. e-commerce sales rose 74% with strong results for grocery pickup and delivery services, Walmart.com, and marketplace. Due to the continued strength of the Walmart.com brand, the company will discontinue Jet.com, which it acquired nearly four years ago. Additionally, Sam's Club same-store sales increased 12%, led by in-club transactions. E-commerce sales grew 40%.

Due to unprecedented variability in the macro environment brought on by COVID-19, the company is withdrawing financial guidance for fiscal year 2021. “The decision to withdraw guidance reflects significant uncertainty around several key external variables and their potential impact on our business and the global economy, including: the duration and intensity of the COVID-19 health crisis globally, the length and impact of stay-at-home orders, the scale and duration of economic stimulus, employment trends, and consumer confidence,” said Brett Biggs, CFO, Walmart Inc.

Regarding the competition, Americans increased their visits to supermarkets far more than to Walmart stores as stockpiling peaked in mid-March, according to a Reuters analysis of SafeGraph data.

Walmart saw an 18% increase in foot traffic from March 13 to March 17 compared to the first week of March. That’s about half the 37% increase at supermarkets and other grocery stores during the same time period when consumers stocked up on goods in advance of coronavirus lockdowns.

Target experienced a "surge in traffic and sales" in mid-March followed by a decline in in-store sales as "guests across the country began to shelter in place" and turned to online orders, according to a Target spokeswoman.

After the initial surge in visitors, traffic to Walmart and other big box and grocery stores fell in late March and early April. Walmart lost more traffic than most supermarkets, but it still performed better than Target and Whole Foods, which saw traffic drop by 26% and 33%, respectively, during the first two weeks of April.

By early May, visits to Walmart rebounded and were outpacing visits to supermarkets.

“They’ve made a lot of investments in grocery and they did it at the right time,” said Randy Hare, portfolio manager at Huntington Private Bank. He highlighted Walmart’s plans to have more than 2,000 stores where they can deliver groceries within two hours. “If COVID would have happened two years ago, they wouldn’t have been ready.”

Food distributors are unfortunately expected to feel significant losses from the COVID-19 pandemic and containment efforts. According to Mark Allen, CEO of the International Foodservice Distributors Association, or IFDA, the industry is expected to lose $24 billion over the next three months. Nonetheless, food distributors must keep goods moving across...