May 22, 2020
Retailers Face Their Future
By Victoria Campisi 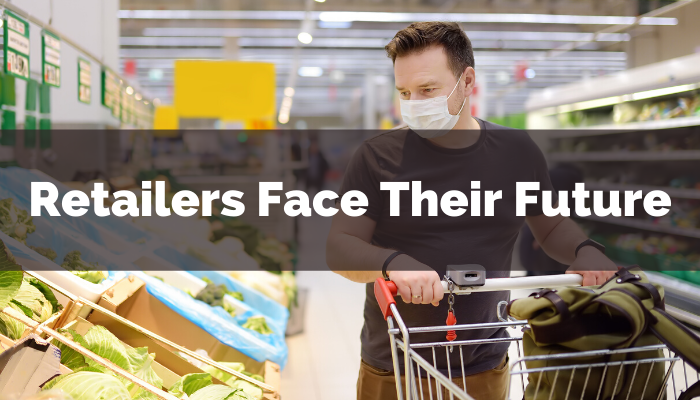 Publix expanded their hours to have stores open from 7 a.m. - 9 p.m., and its pharmacy returned to normal operating hours.

Designated shopping hours for customers over the age of 65, first responders, and healthcare workers are discontinued; however, Publix encourages customers who prefer to shop when the store is less crowded to come in during the 7 a.m. hour.

Costco, which also returned to normal operating hours, is no longer limiting the number of members per card allowed to shop, reported Business Insider (May 18). The warehouse chain previously allowed members to bring only one guest. Stores in Kentucky and Puerto Rico warehouses are the exception and will not allow more than one person per membership card to enter stores.

Meanwhile, the invite-only policies for Amazon Fresh and Whole Foods were removed in most cities, allowing over 80% of eligible Amazon Prime members to shop without an invitation, reported NJ.com (May 16). In April, the company began temporarily requiring all new Amazon Fresh and Whole Foods customers to sign up for an invitation to use the company's grocery delivery and pickup services.

Amazon is also resuming timely delivery services after experiencing delivery delays amid the pandemic. "We removed quantity limits on products our suppliers can send to our fulfillment centers," Amazon spokesman Timothy Carter said in an email. "We continue to adhere to extensive health and safety measures to protect our associates as they pick, pack, and ship products to customers, and are improving delivery speeds across our store."

Retail chains are forced to decide whether and how to enforce rules on customers wearing masks, reported The Wall Street Journal (May 16).

The CDC recommended that anyone more than 2 years of age wear cloth face coverings in public places where social distancing is difficult.

Retailers are taking varied approaches. Some chains advise workers to let mask-less customers in despite state and local laws, while others are putting stricter measures in place by directing workers to call local law enforcement if a shopper breaks the rule.

Following an announcement that shoppers are required to wear face coverings while in the store, Costco encountered angry shoppers who voiced their frustrations on social media, some even calling for a boycott of the chain.

A CVS pharmacy in Fresno, CA, was put on notice by local code enforcers who, in responding to a complaint earlier this month, found a shopper without a mask inside the drugstore. CVS's policy, mirrored by Walgreens and Rite Aid, tells workers to not refuse service to noncompliant customers. In cities and states where masks are required, CVS puts up signs reminding customers of the rule and store managers are told to refer to the signage if a shopper comes in without a mask.

Target requires face masks in places where there are local or state mandates. The company added funding to supplement staffing or to hire off-duty police officers to enforce rules at store entrances. Workers may call local law enforcement in cases where masks are required and a customer refuses to comply.

The pandemic may change how customers grocery shop for years to come, according to industry analysts.

Some changes, such as masks and one-way aisles, might fade away as coronavirus cases decline, but others will become the norm, changing how customers stock their fridges and how grocers operate, reported CNBC (May 16).

Customers will continue to seek out contactless ways to buy or pay for groceries and it will accelerate their interest in food that's from closer to home, predicted Nielsen's head of global intelligence. The pandemic may also inspire more innovation and experimentation with "dark stores," and better relationships between order pickers and customers.

Online grocery shopping could become the go-to option for a lot of shoppers, whether its because they are wary about being in public, or because of the convenience factor, reported Food & Wine (May 19). It is possible that some grocery retailers could pivot to online orders, or curbside pickup, only.

There may also be a rise in grab-and-go, pre-packaged items that allow shoppers to get in and out of stores quickly. According to Michael Bjerg, a branch manager of Danish supermarket chain Superbrugsen, sales of pre-packaged fruits and vegetables increased by 15%.

British supermarket chain Morrisons has been separating shoppers into a basket group and trolley group, each store allowing more basket shoppers in at one time, since they only need a few items. Although it is not yet clear whether grocery stores will be restricted to a certain percentage of their maximum capacity, stores may follow this model of allowing quicker shoppers priority access.