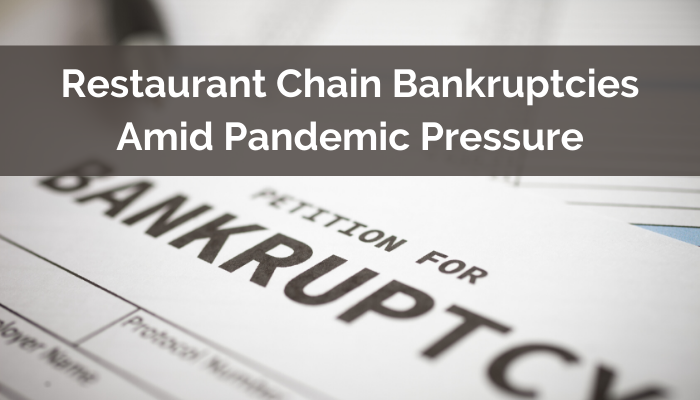 The Pizza Hut and Wendy's operator filed after coronavirus-related shutdowns added to competitive pressures in the restaurant industry. NPC sought Chapter 11 protection in the Southern District of Texas court on July 1.

NPC and Pizza Hut struggled with rising labor and food costs while trying to expand delivery during the pandemic. NPC has $903 million in debt and prenegotiated a restructuring agreement with about 90% of its first lien lenders and 17% of second lien lenders.

The plan aims to reduce the company's debt, with first lien lenders taking equity and potentially participating in a new cash injection. The plan also includes the sale of part of the company's restaurants, according to the filing.

NPC can keep operating Pizza Hut and Wendy's while it works out a plan to pay bills and turn the business around. It operates more than 1,225 Pizza Hut and over 385 Wendy’s stores across the U.S., according to its website.

The company described the current crisis as the “most challenging” in its history and said it would use the bankruptcy proceedings to continue talks with stakeholders and landlords, as well as restructure its balance sheet. CEC listed both assets and liabilities in the range of $1 billion to $10 billion, according to the bankruptcy filing in the U.S. Bankruptcy Court for the Southern District of Texas.

Meanwhile, more than $6 million of federal loans wasn't enough to keep HopCat's beer pubs or TooJay's sandwich delis out of bankruptcy, reported Bloomberg (July 1). The chains are the two biggest recipients of Paycheck Protection Program (PPP) aid that filed for Chapter 11 protection, according to bankruptcydata.com.

TooJay’s Management LLC and HopCat parent company Barfly Ventures LLC, which both filed within five weeks of getting federal assistance, are seeking to use the cash to keep operating while they reduce debt and prepare for a fresh start once their court cases end.

Almost one out of every 12 companies that have gone bankrupt since early April received PPP loans just weeks earlier, with more likely on the way. “The bankruptcy trend is just up,” said Jim Hammond, CEO of New Generation Research Inc., which owns bankruptcydata.com. “The money is going to run out.”

However, several dining chains that filed for bankruptcy protection in 2020 have found buyers as retailers linger or liquidate, reported The Wall Street Journal (June 30). Buyers are betting restaurants will rebound after the pandemic.

Chains that own casual-dining brands including Krystal, Logan’s Roadhouse, Gordon Biersch, Bar Louie, Brio, Bravo, and the U.S. division of Le Pain Quotidien all found takers for their bricks-and mortar locations after filing for bankruptcy protection.

“A path to success for restaurants is clearer to an investor than one for retailers,” said Stephanie Lieb, a bankruptcy lawyer at Florida-based Trenam Law. One reason restaurants are viewed as more attractive is their franchising models, which require less of a capital investment from the owner, according to Aaron Cheris, a partner at Bain & Co. and head of its America's retail practice.

Earl Enterprises Inc., parent of Planet Hollywood, bought Italian-style eateries Bravo and Brio from FoodFirst Global Restaurants Inc. this month in a deal valued around $30 million. The sale price was a fraction of the $100 million that investment firm GP Investments Ltd. paid for the chains in 2018.

Bravo and Brio “needed some parental love and care, which I am going to give them,” said Robert Earl, chairman of Earl Enterprises. The company plans to fold the chains into an umbrella of brands it is calling “The Best of Italy,” which includes its Bertucci’s and Buca di Beppo labels. With a total of about 200 locations, it will have a rewards program to compete with larger chains.