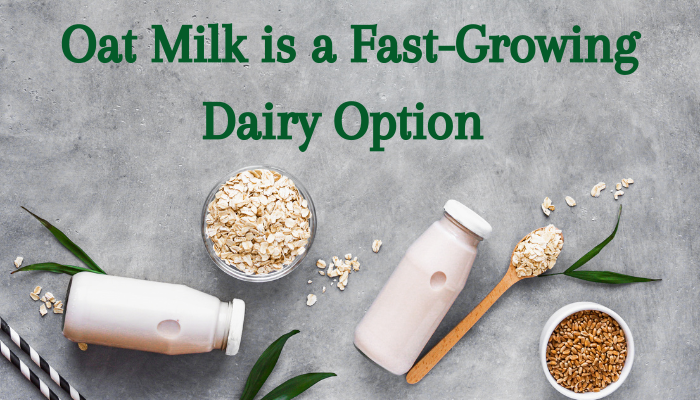 The deal is a major step toward the Sweden-based company possibly going public in the next 12 to 18 months, according to people familiar with the matter.

Oatly's financing brings a prominent U.S. investor on board in Blackstone, which joins lead investors Verlinest and China Resources. "We have Asian owners and European owners and wanted to bring U.S. owners into the company, too,” said Oatly CEO Toni Petersson.

“There are very few brands out there that have this level of scale globally and yet are still early in their consumer-brand life cycle,” said Blackstone’s Ann Chung, who led the investment.

Former Starbucks chief executive Howard Schultz is personally investing in Oatly, while the company also has a relationship with Starbucks. In April, Starbucks introduced Oatly in stores across China. Starbucks is also launching its own oat milk coffee creamer, reported Delish (July 13).

Oatly’s founders, brothers Rickard and Björn Öste, will also be reinvesting in the company as part of the fundraising round.

The company was founded in the 1900s but entered the U.S. just four years ago. In 2019, the company had sales of about $200 million—about double the previous year. It expects to have similar growth this year.

Oatly is currently distributed in Northern Europe, the U.S., and China and plans to use the money to keep building its supply chain in those markets and more widely distribute its oat-based yogurt, spreads, on-the-go drinks, and ice cream.

“I’ve been investing for the last 20 years in food and beverage brands and have rarely been that impressed by the growth trajectory,” said Eric Melloul, Oatly’s chairman and a managing director at Verlinvest, a Belgian investment holding company.

Oat milk's popularity is growing as sales of the beverage in U.S. stores increased nearly 300% year-over-year for the 16-week period ended June 20, according to Nielsen. Fans of the drink claim it mixes better with coffee than other milk substitutes, while Oatly says the process of making oat milk consumes less water than making almond milk—making it appealing to environmentally-conscious consumers.

The company doubled its ability to produce its hallmark protein, while substantially reducing costs several years ahead of expectations. Perfect Day’s flora-made protein also recently achieved a major regulatory milestone in the successful completion of FDA’s review of its Generally Recognized As Safe status.