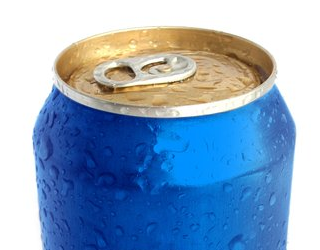 If you are a lover of soda, social media and live entertainment, PepsiCo is about to make your dreams come true. The company unveiled plans for its first Kola House, an experimental kola bar, restaurant, lounge and event space. The flagship location will open in spring 2016 in New York City's Meatpacking District. To launch the location, Pepsi partnered with Lisle Richards and Eric Marx of well-known hospitality group The Metric, which worked with the Gilded Lily, The Wayfarer and more.

The restaurant/bar/event space (which I will simply call "location" for brevity's sake going forward) will feature a menu boasting cocktails and foods derived specifically from the kola nut. The company also partnered with Live Nation to build a special music series known as Live at the Kola House.

"We wanted to create a modern hub for consumers to share social and immersive experiences that were anchored in the exploration of our cola's artisanal craft and flavor," shared Seth Kaufman, Chief Marketing Officer, PepsiCo North America Beverages. "The Kola House represents a new space for us to support our consumer-first approach to drive authenticity and innovation around our beverage offerings and ideals."

The idea is an interesting one, and comes amid sluggish sales for most major soda brands. Could this new location be part of a bigger move from PepsiCo to make drinking a soda a celebratory event? Both PepsiCo and The Coca-Cola Co. reported increased sales after the introduction of smaller-sized cans. It seems people still want their Cola, but just in a reasonably-sized portion as a reward, not in a 64-oz. container paired with their value meal.

There's still some time before the Kola House opens, but already, some outlets are calling it a space for hipsters. There will be plenty of time to dissect this move when the location actually opens, but for now, I am personally intrigued. With the success of pop-up shops, could a more permanent fixture focusing on younger consumers and their lifestyle help Pepsi with sales?

PepsiCo's head of design Mauro Porcini told The New York Times: "Consumers will love your brand because your brand enables you to have the experience, but they don’t want to have the brand in their face... It needs to be very subtle, elegant, sophisticated."

This spring, we'll see just how elegant and sophisticated the Kola House is.