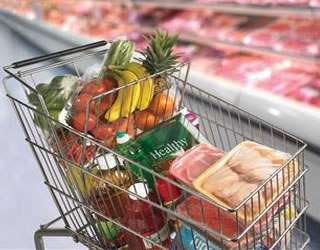 Beef, chicken and pork jerky represents a $2.5 billion industry in the U.S., but it was only a few years ago that entrepreneurs began tapping into the bustling market. The jerky market has been traditionally controlled by only a few companies (like Oberto and Jack Links) but newer, younger companies are beginning to gain a foothold in the market. 39.4% of American consumers affirmed that they ate jerky products in 2014, in-line with 4 years of historical data that hovers around 40%.

And bigger brands are beginning to notice: Hershey acquired Krave for $222 million in early 2015, showcasing the growing demand for jerky in all flavors and varieties.

Jeff's Famous Jerky produces gourmet beef, chicken and bacon jerky in a variety of flavors and serves as a success story for the industry. The product is distributed and sold in 32 states, and even makes its way to markets in Guam. The company expects enormous growth this year, projecting a 500% increase in sales for 2015. To help reach that goal, the company plans to overhaul its marketing material, adding new flavors and even expanding into game jerkies, i.e. elk and buffalo.

The rapid, impressive growth of beef jerky's prominence with U.S. consumers is two-fold. Americans are snacking more than they ever have before, and beef jerky has been able to ride this wave of public consumption like many other snacks. However, its biggest advantage is its high protein content: millenials want healthir choices, with protein being an influential factor in their purchases.