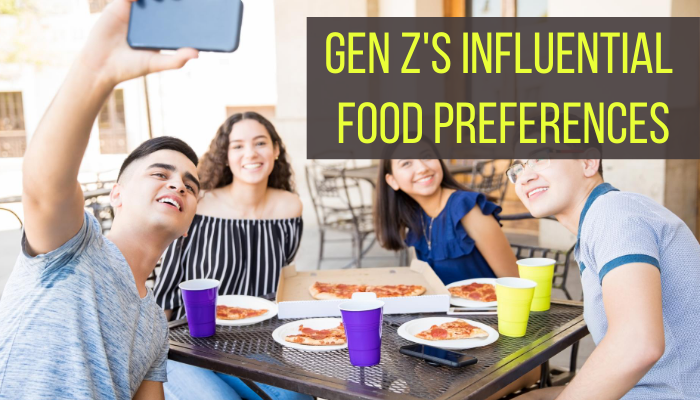 Health, convenience, and social media all play important roles in Gen Z's food choices, according to a white paper from the American Egg Board.

Already delivery users, Gen Z embraced e-commerce during the stay-at-home orders. Thirty-four percent plan to keep up the increased online spending pace post-quarantine—including groceries and restaurant orders. Fifty-two percent of Gen Z were less likely to shop in person at a grocery store during the pandemic than older consumers.

Interestingly, going out to eat is the only activity the majority of younger consumers were willing to resume immediately, saying they would postpone attendance at concerts or sporting events. Consumers connect dining out with better times and that it helps them feel "normal again," according to Datassential.

When asked about the pandemic's effect on viewpoints or behaviors, 23% of Gen Z sees themselves going out to socialize with people or friends more as a result of the coronavirus, compared to 14% of consumers overall.

Frozen food has benefited from the pandemic in recent months. Gen Z, previously not huge fans of frozen foods, increased purchases substantially with a viable chance they will turn into loyal customers of brands they have tried, according to IRI data.

However, Gen Z'ers are typically known to prefer fresh and wholesome foods, reported Produce Blue Book (June 29). Sixty-five percent of Gen Z want a more "plant-forward" diet, while 79% would eat meatless meals once or twice a week, according to a study conducted by Aramark.

Above all, Gen Z expects their food to have "fresh components," according to a survey from the American Egg Board. They are more likely to embrace "flexitarian dining," with vegetables at the forefront coupled with a complementary protein, such as an egg. Unlike previous generations of young people, Gen Z consumers are integrating vegetarian options into their diet without making a wholesale commitment to being vegetarian/vegan.

Almost half of Gen Z'ers indicate they would pay more for foods they perceive as healthier, compared to 32% of Millennials, according to a Tufts Nutrition Report.

Convenience also ranks high with Gen Z, with up to 40% rating it as an important characteristic in the food they purchase and prepare. The American Egg Board survey found a tie between the microwave and the stove for most-used appliances as a convenient method of preparing meals and snacks.

Snacking is also another key theme in Gen Z dining. At school, members of this generation get an average of 25 minutes for lunch and by the end of the school day they are hungry and rely on snacks to hold them over until dinner.

With the proliferation of after-school activities, which affect dinner times, the snacking trend is not likely to stop anytime soon, according to the National Restaurant Association.

In addition to experimental flavors, Gen Z shares food experiences and searches out food that is personable and photogenic. In fact, Gen Z accounts for 75% of all Instagram users. Besides food sharing, Gen Z and Millennials rely on Instagram to help them decide where or what to eat next.

Additionally, Gen Z turned to TikTok during the pandemic, not just for entertainment, but also for food inspiration. This could be seen early on with the Dalgona coffee (aka whipped coffee) trend, as well as pancake cereal and Starbucks secret menu items.