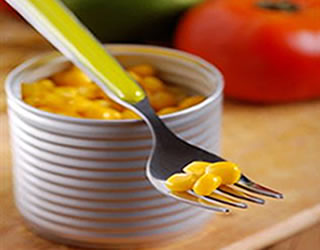 Exports for frozen and canned vegetables had healthy growth in 2014. According to the most recent U.S. Trade reports ending Dec. 31, canned and glass vegetable exports rose 7% in volume and 6% in dollar value. A total of 542.4 million-lbs. was exported for the year as compared to 509.1 in 2013. The total value was $362.6 million, rising from the previous year’s $343.2 million.

Frozen vegetable had more modest growth from the year before, a 3% increase in both volume and dollar value. The larger of the two categories, the U.S. exported 2.7 billion-lbs. compared to 2.6 billion-lbs. Dollar value was $1.44 billion, up from $1.40 billion in 2013.

Driving growth in the canned vegetable market was mixed vegetables, which had a 23% increase to 121.0 million-lbs. valued with a 25% increase in total value to $91.9 million. Frozen vegetable’s growth was spurred by its largest category, French fries. Volume of French fry exports grew 2% with a total 1.9 billion-lbs. with dollar value growing 2% to $981.9 million.