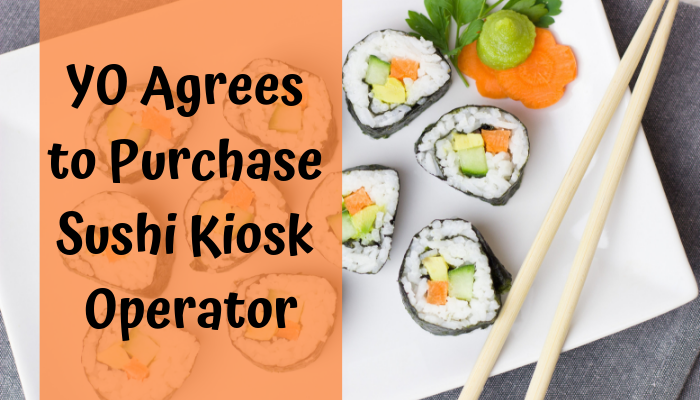 Do you know who makes your supermarket sushi?

If you shop at Kroger, Walmart, Sam's Club or other major chains, it's likely made by a company called SnowFox  – soon to be owned by one of the world's largest sushi chains, reported The Wall Street Journal (July 2).

London-based YO plans to acquire Houston-based SnowFox which operates 700 sushi kiosks - typically large sushi counters found in supermarkets across the U.S. – for more than $100 million, according to a person familiar with the matter. The deal values the company at around $400 million, including debt.

With the acquisition, YO is attempting to take advantage of the growing consumer demand for sushi as a fresher and healthier food, as well as reach more potential customers by accessing SnowFox's kiosk network. A 2016 New York Times survey found that 75% of nutritionists and 49% of the public identified sushi as a "healthy" option.

Sushi is a fast-growing opportunity in the deli section, as top retailers have as many as 32 different types of sushi to choose from, according to Nielsen. Sushi drove strong growth in both grocery and drug stores, while convenience stores experienced a 57% decline in sushi sales in 2016-2017.

Big grocery chains added specialty options such as sushi over the years, partly to accommodate shoppers looking for takeout meals, often instead of groceries. The two companies estimate that the U.S. grocery sushi market is worth more than $1 billion annually, with sales growing at a yearly rate of about 13%. Meanwhile, only about 36% of all grocery stores in the U.S. sell frozen or fresh sushi, providing YO the opportunity to expand its offerings in many stores.

Founded in 1997, YO built its business with restaurants in Europe and is credited as the first in the UK to introduce the Japanese "kaiten" sushi bar, delivering food to seated customers with a conveyor belt. It operates 116 restaurants located mostly in the UK and North America.

The deal extends YO's push into the U.S., following its acquisition of Bento Sushi and its 600 North America locations in 2017. It emphasized the rapidly changing restaurant and grocery industry trends, with both businesses trying to quickly satisfy evolving consumer trends toward eating.

Restaurants are struggling with a slowdown at lunchtime as more U.S. workers choose to eat at work to save time and money. Simultaneously, the increase of online meal delivery, as well as meal-kit delivery, services are making eating and cooking at home more appealing for many consumers.