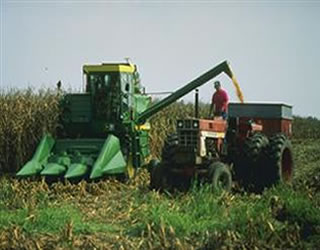 I remember when I first began my career with the Food Institute, I was a bit flustered by the enormity of it all. At times, the food industry can seem like a mammoth. Regulatory issues, food safety procedures, marketing, supply chains and more all converge to provide people with one of the most basic cornerstones of life: food.

And this has definitely changed my viewpoint on food in general. The next time you enter a supermarket, you may find yourself asking, "who really is responsible for this avocado sitting in this bin?"

Although there are a myriad answers to that question, at least USDA is providing us with a snapshot of what the typical U.S. farm is like. The agency recently released the 2017 edition of America's Diverse Family Farms, and the results are illuminating.

Small farms are more likely to have an operating profit margin (OPM) in the red zone-indicating a higher risk of financial problems-but some are more profitable. Each type of small family farm had between 54 and 77% of its farms in the red zone, with an OPM of less than 10%, in 2016.

Most small farms in the red zone had a negative operating margin, the result of losses from farming. Other small farms were more profitable: 13 to 26% of each small farm group had an OPM in the low-risk green zone, with a margin greater than 25%.

I'd like to thank all of our readers for keeping up with us throughout the year. The Food Institute offices will be closed between Dec. 25 and Jan. 1, reopening Jan. 2. Jennette will have a blog post for you tomorrow, but otherwise, we will be closing up shop to spend time with friends and family. On a personal note, when we get back to the office, I will be starting up my fourth year with this organization, and I'm excited to see what happens in the food industry in 2018. Happy Holidays, from all of us here at the Food Institute!