May 22, 2018
What’s Ahead for Fast-Casual Restaurants
By Chris Campbell 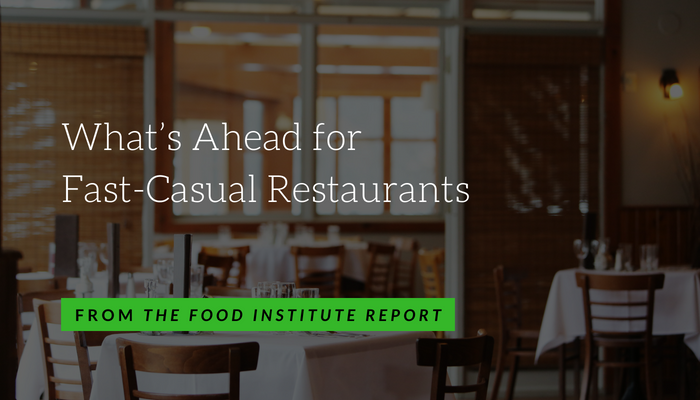 The fast-casual segment experienced a consecutive year of single-digit sales growth in 2017, according to Technomic’s Top 250 Fast-Casual Chain Restaurant Report. Unit growth decreased for the third consecutive year, dropping to 6.1% in 2017 from 9.8% in 2015. Despite being the smallest fast-casual menu category by sales, the pizza segment continued to grow the most, with a 27.3% year-over-year increase, while chicken was the most popular protein.

The fast-casual segment will expand its focus on clean, earth-friendly foods to align with consumers’ growing concerns. Additionally, Middle Eastern and other ethnic flavors and ingredients will thrive in the coming year.