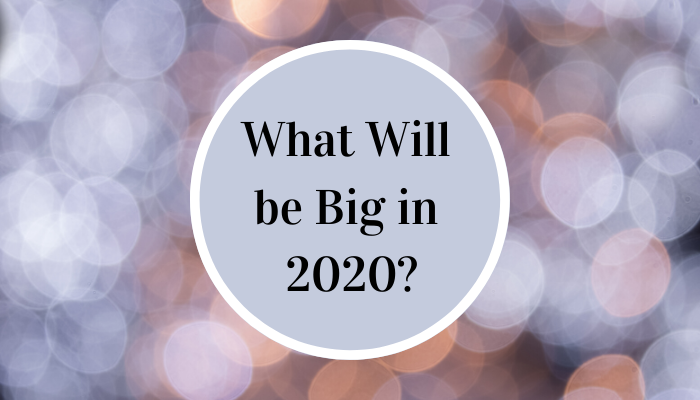 Chickpeas, updated MSG and West African ingredients are poised to trend in the New Year, according to Bloomberg.

Hummus, which has become the dip of choice at parties, is set to grow from a $742 million business in 2019 to an $877 million one by 2024. Chickpeas are also the key ingredient in popular snacks such as Biena Chickpea Puffs and Hippeas, as well as Banza chickpea pasta—which has become the fastest-growing pasta brand in the U.S.

Momofuku founder Dave Chang has a new line of seasoned salts in such options as "tingly" and "spicy." It adds the kind of flavor enhancement you get from MSG, but with ingredients that are naturally high in glutamic acid, like tamari, kelp and mushroom powder.

Fonio, the high-fiber, rice-like grain from West Africa is being called the "next quinoa." Other ingredients to look out for include protein-rich egusi seeds and dawadawa, a fermented locust bean.

In addition, global dishes, once country of origin specific, are now taking many different forms. Borderless cuisine as global ingredients and techniques will be combined to create dishes without specific geographical roots.

A rise in surprising or shocking food will also inspire social media buzz and companies will offer more nostalgic products such as fruit pies, cobblers and heritage cookie recipes. Retro milkshakes, candy and Popsicle flavors will also grow in popularity.

Meanwhile, lasagna, beef burgers and retro restaurants will be some of the dining trends of 2020, particularly in New York, according to analysts at The Wall Street Journal. Despite the popularity of plant-based burgers, restaurants are emphasizing indulgent beef burgers, and offering lamb as an alternative.

The analysts at The Wall Street Journal also expect time-honored menu items to return with the relaunch of classic restaurants. Particularly, diners should look for the return of Le Veau d'Or, a bastion of French cooking on the Upper East Side in Manhattan, and Gage & Tollner, the Brooklyn oyster and chop house, whose space in downtown Brooklyn became home to a T.G.I. Friday's.

As the definition of transparency continues to expand, consumers will become even more interested in understanding not only ingredient origins, additives, growing and processing methods but associated food production issues like animal welfare, sustainability, fair trade, environmental impact, living wages and executive compensation.