May 3, 2016
What Demographic Group Will Spend the Most in the Future?
By Jennette Zitelli 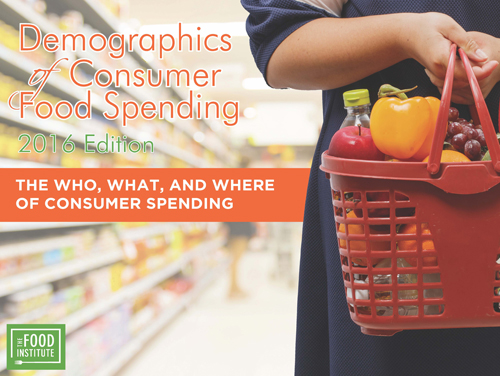 Retailers and manufacturers are constantly trying to figure out what demographic groups should be the focus of their marketing. It is important to know who spends the most, and in what categories they are most likely to center their budgets on. Recently, Millennials (those currently between the ages of about 18-35) have been the target of most of the hype, touted as the group that companies most need to impress. However, marketers might need to shift their gaze to another large demographic: Hispanics.

A study by Morgan Stanley analysts found that Hispanics will exceed the shopping totals of Millennials by 2020, due largely to their growth in income and population across all ages. Hispanics are expected to increase their retail spending by 1.6 percentage points in the next five years, outpacing Millennials' 0.6 percentage points and whites over the age of 65's 0.4 percentage points. One of the main areas analysts predict will see increases is food at home.

Morgan Stanley analysts predict Starbucks Corp., Panera Bread Co., Wingstop Inc. and Jack in the Box Inc. stand to benefit the most from Hispanics' increased spending, even though the group tends to eat at home. They forecast an increase in convenience, with restaurants offering more meals to go and an investment in delivery. Casual dining restaurants such as Olive Garden and Outback Steakhouse face a more difficult future, as the majority of their customers are in older age groups.

Region may also be an important demographic for manufacturers and retailers to note. Consumers in the Midwest spent the highest percentage of their annual expenditures on food at 13.3%, but those in the West actually spent about $280 more on food than people in the Midwest. Shoppers in the Northeast are the biggest spenders in the meats, poultry, fish and eggs category, while those in the West spent the most on fruits and vegetables.

While it can be difficult to pin down exactly which consumer group is the biggest spender, it is important for the food industry to take note of each demographics' preferences so companies can focus their efforts on those most likely to become customers.