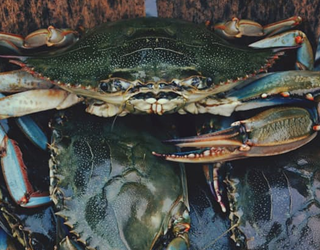 Things haven't been easy for Dungeness crabbers on the West Coast in recent years. Algae blooms and Domoic acid outbreaks have led to a variety of harvest closures from California through Canada. However, now that the season is finally open, they are facing challenges from another source: wholesalers.

In December 2016, Oregon Dungeness crab fishermen and seafood processor representatives agreed on an opening price of $3.00 per lb. for the 2017 Dungeness crab season, according to the Oregon Department of Agriculture. The negotiations, involving representatives from five seafood processors and four marketing associations, agreed to continue season opening price negotiations for the rest of the coast when state managers set a beginning date for crab fishing north of Cape Blanco.

Now, West Coast crabbers in California, Oregon, Washington and parts of Canada went on strike following efforts from wholesale crab buyers to lower the price fishermen earn for their hauls, reported The Oregonian. According to Lorne Edwards, president of the Bodega Bay Fisherman's Marketing Association, wholesalers are now offering $2.75 a lb. Edwards explained before the New Year:

"There's going to be no crabbing from any port from Bodega Bay to the Washington-Canada border. It's huge ... I'm not expecting a change until after New Year's."

Elevated domoic acid levels across the Western seaboard resulted in staggered harvest openings in 2016, which means that the price of crab has not yet been set in all fisheries. Edwards notes that the staggered openings allowed the groups to strike. The work stoppage is expected to impact prices and availability of the highly sought-after seafood specialty, and it's right in the middle of peak annual demand.