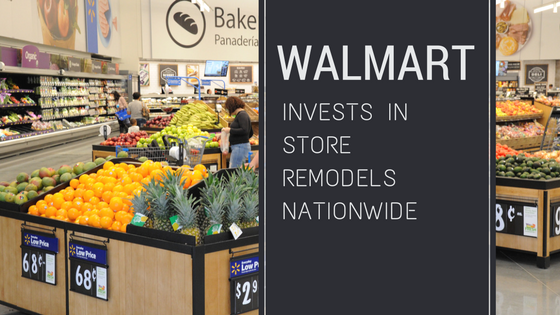 Walmart is making a major investment in store remodels across the U.S. in 2018. It plans to invest in new stores, revamps and upgrades at various stores nationwide. Some of the new features include increasing online grocery pickup, adding more pickup towers and introducing mobile payments. It also plans to expand curbside pickup to more stores, and invest in new technology to make shopping easier and more convenient for customers.

The retailer's investments include:

Campbell witnessed its best quarterly performance in more than 30 years, according to Consensus Metrix, as the the company worked on making its soups better tasting, more filling, and derived from simpler ingredients. It also added trending varieties, such as bone broth, reported The Wall...