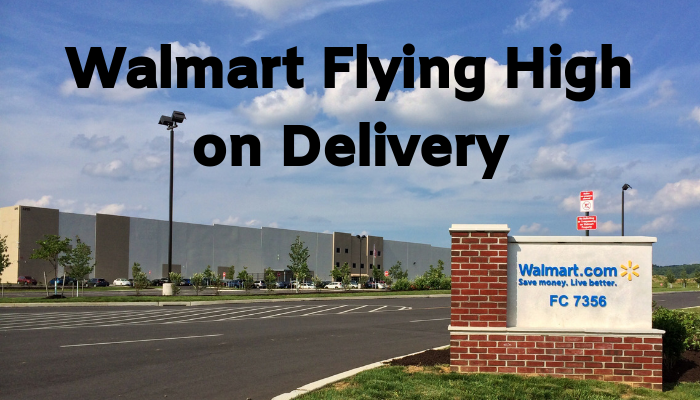 Walmart is adding to the increasing competition between players such as Instacart, Target and Amazon for online food shoppers.

The company is launching its own grocery delivery subscription service called "Delivery Unlimited," reported TechCrunch (June 14). Before, shoppers could order groceries online and pick them up at their local store for free or they could choose to pay $9.95 per-order. Now, Delivery Unlimited will offer customers a way to skip the per-order fee by subscribing monthly or annually.

Delivery Unlimited is priced competitively, offering a $12.95 per month plan or a $98 per year subscription, both of which include a 15-day trial period. In comparison, Instacart cut its annual fee to $99 in November 2018, and Amazon Prime costs $119 per year.

The shopping process is still the same, it's just another way to pay for online orders which might save customers money depending on how much they order groceries online from Walmart. The retailer currently offers grocery pickup at 2,450 locations and delivery at nearly 1,000 locations and is on track to offer pickup at 3,100 stores with delivery offered at 1,600 by the end of 2019.

If you're more of a Target fan, your delivery option got a revamp as well. Shortly before Walmart's announcement, the company revealed it is ramping up its same-day delivery efforts powered by Shipt, reported TechCrunch (June 13).

Target acquired Shipt in 2017 for $550 million to boost its digital fulfillment efforts. Following the deal, Target continued to offer same-day delivery through Shipt on grocery items as well as other day-to-day needs.

Until now, Target shoppers would go to the Shipt website or download the app to browse the same-day selection from Target. Online shoppers can now go on target.com/sameday to browse through 65,000 items offered for same-day delivery — including groceries.

The launch of the integrated system Target.com represents the first time Target shoppers without a Shipt membership could take advantage of same-day delivery for a fee.

Meanwhile, Walmart orders could be taking flight soon as the company is on track to file more drone patents than Amazon for the second year in a row, reported The Financial Times (June 16). It filed for 97 new drone patents with the World Intellectual Property Organization (WIPO) since July 2018, according to research by accounting firm BDO, as compared to Amazon registering 54 product ideas. The number of drone patents filed with WIPO globally rose 34% between July 2017 and June 2018, according to BDO.

The news comes as Uber will start testing Eats drone delivery in San Diego, CA, reported CNET (June 12). The company showed a video at its Uber Elevate conference in which it placed a Big Mac and fries into specially designed packaging and then flew the food from the restaurant to a designated location where an Uber courier picked up the order to deliver it to the customer.