May 7, 2018
Reports Indicate Walmart is Ready to Acquire Flipkart
By Chris Campbell 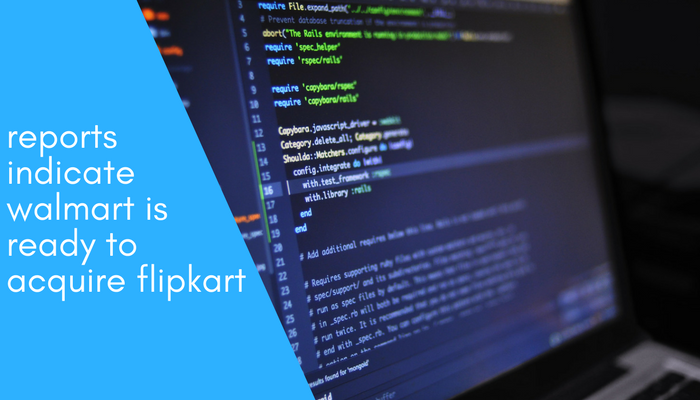 It seems Walmart is ready to make a splash in India with the purchase of Flipkart.

Walmart appears ready to unveil a $15 billion deal to take a majority stake in India's largest online retailer, Flipkart. That report, courtesy of The Financial Times, indicates the company will acquire about 75% of Flipkart's shares, according to people familiar with the matter. Walmart CEO Doug McMillion is expected to fly to India this week to officially announce the takover.

The deal follows in the footsteps of another international move made by Walmart, combining its wholly-owned UK retail subsidiary Asda with J Sainsbury plc, creating a leading grocer in the UK. The agreement would leave Walmart with a 42% share of the combined business, and gave them $10 billion to play with, which the company seems to be turning around quite quickly.

It's important to note that the moves not only strengthen Walmart globally, but give the company another foothold in the battle with Amazon and Alibaba for online dominance. Fortune reports that Google's parent company, Alphabet, is involved in the bidding alongside Walmart, giving the retailer a powerful technological ally in its quest to stave off the advance of Amazon. Additionally, Walmart does business in China with JD.com, which is closely allied with Tencent, an investor in Flipkart. The move gives the company a new avenue to challenge both Amazon and Alibaba on their home turf.

The deal is still not official, but you can be sure we'll keep you appraised of the latest developments in Today in Food. Stay tuned!

[Editor's Note: The deal was made official May 9. View the press release here.]