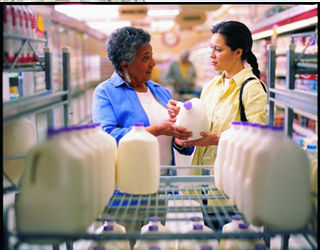 When it comes to regulatory legal battles, it is often the case that two opposing sides are pitted against each other. Washington state is contending with an interesting situation regarding proposed discharge permits for dairies and other concentrated animal feeding operations: it's facing opposition from both environmental groups and the dairy industry for very different reasons.

The state's Department of Ecology is scheduled to implement the permit early in March, and it would require Washington dairy and concentrated animal feed operations to reduce the risk of mismanaged or over-applied manure from running to nearby streams. The measure is intended to prevent environmental damage and to protect the public health, reported Yakima Herald-Republic (Feb. 22).

Several environmental groups filed appeals to challenge the permit with the Pollution Control Hearings Board. Such groups argue that the permit isn't stringent enough, specifically in the Lower Yakima Valley. Andrea Rodgers, an attorney with the Western Environmental Law Center, noted:

“Ecology has spent six years drafting a new waste discharge permit for concentrated animal feed operations and unfortunately the agency has still not written something that protects the waters of Washington... Fortunately, citizens can turn to the courts when agencies don’t comply with their statutory obligations to protect public health and the environment.”

On the other side, the Washington State Dairy Federation and the Washington Farm Bureau have issued an appeal. The two groups argue the cost requirements of the permit could threaten the livelihoods of many local dairies. Attorneys Connie Sue Martin, Elizabeth E. Howard and Virginia Nicholson, who filed the appeal on behalf of the groups, said:

“The CAFO permits are unlawful, unjust, unreasonable, impracticable and economically infeasible, and they impose burdensome requirements."

The state's dairy industry argues that required sampling under the permits are an unnecessary expense that is counter to research. It also notes the Department of Ecology's economic impact analysis severely underestimates the impact of abiding by the proposed requirements.

It is unclear how these two appeals will play out, and with a short timeline, many believe the permit will take effect on its intended date. Either way, stay tuned to Today in Food and The Food Institute Blog for up-to-date information regarding this issue.