Nov 25, 2019
Vegan Thanksgiving Turkeys on the Rise
By Victoria Campisi 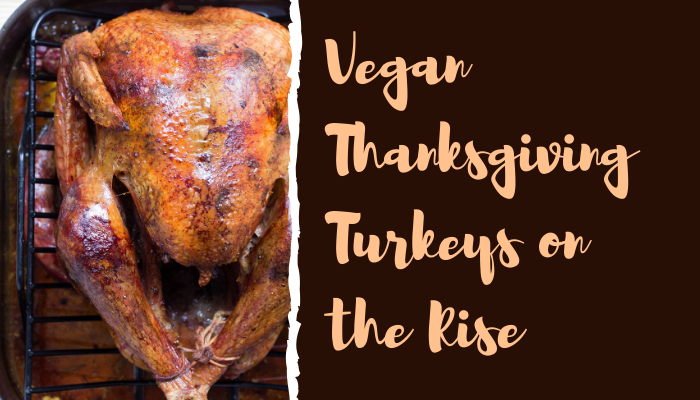 Twenty-five years ago Tofurky, a tofu turkey, hit the market and now sells 400,000 roasts each holiday season, reported Reuters (Nov. 25). Nevertheless, many vegetarians are still searching for a plant-based alternative that hits the mark for turkey flavor and texture in the same way plant-based companies have done it for beef.

Still, there is no denying the influence Tofurky had on the plant-based market. By 2000, Tofurky became a sensation, even if some of the attention it received was ridiculing, reported Forbes (Nov. 24).

Its creation dates back to the 1990s when a small Oregon-based tempeh maker and a husband and wife vegetarian catering team known for their delicious tofu roasts decided to create a tofu roast surrounded by "drumsticks" made of tempeh.

"Tofurky deserves credit for getting the ball rolling on meat alternatives as we think of them now," said Jan Dutkiewicz, a visiting fellow at Oxford University where he's researching the future of food. "It gave a lot of people a first taste, literally and conceptually, of meat alternatives."

Consumers looking for better taste and texture in a plant-based turkey alternative say they are motivated by concern for their own health, animal welfare and the environmental stresses of raising animals for meat.

Beyond Meat is urging consumers to create holiday dishes using its existing beef and sausage alternatives, while a turkey alternative is among Impossible Foods' long-term goals.

However, a major turkey producer could beat the plant-based companies to it. Butterball will run limited tests of plant-based turkey options next year. Additionally, Tyson is "looking at options across protein forms" while Perdue Farms has "something in the pipeline."

"Don't be surprised if more protein options find their way onto future Thanksgiving tables," a Tyson spokeswoman said. Although the company is exploring protein options, it isn't sharing future product roll-out dates at this time.

While Butterball is working on plant-based turkey options, the company still believes that for many there is "no substitute for a tender and juicy turkey at the center of the holiday table," according to Jeff Mundt, VP of research & development and innovation.

Turkey consumption remains relatively steady in the U.S. in recent years, with about 5 billion-lbs. of turkey consumed annually, according to Sue King, spokeswoman for USDA.