Apr 2, 2018
It's an Arms Race in an Escalating Trade War
By Chris Campbell 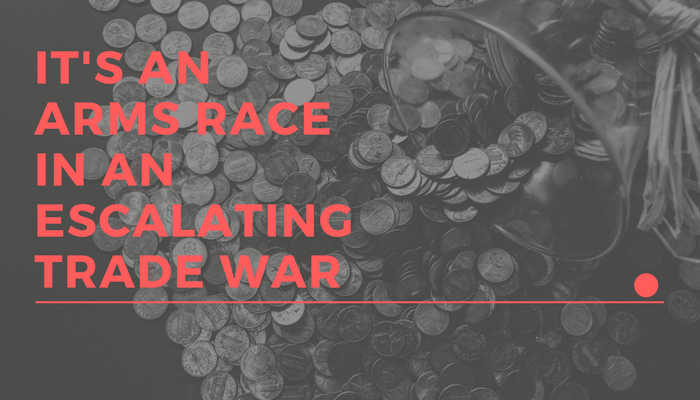 If the U.S and President Trump fired the first salvo in the trade wars, it is fair to say China struck back quickly and efficiently.

However, it remains unclear how China's reponse will play out with the talks Treasury Secretary Steven Mnuchin is reportedly engaged in, reported CNN (March 26).

Additionally, the country will impose a tariff of 25% on eight products worth $1.9 billion in U.S. exports. Pork and pork products, along with recycled aluminum and other products, were identified in this set of tariffs. The tariffs were issued in response to President Trump's March 8 proclamations imposing tariffs on imports of steel and aluminum, according to the Ministry of Commerce.

Quartz published a translated listing of the products included in the tariffs, which can be viewed here. Food Institute analysis of the data indicates that 93 of the items on the tariff list are foods, beverages or wines, with a heavy emphasis on fruit and nut products. The 25% tariffs on pork products covers seven categories. It is important to note high-volume agricultural exports to China, such as U.S. soybeans, remain unlisted.

It appears that this trade war is just beginning, as the Trump administration is expect to unveil a list of advanced technology Chinese imports targeted for U.S. tariffs. The tariffs are designed to punish the Chinese for what the administration believes are technology transfer policies, reported Reuters (April 2).