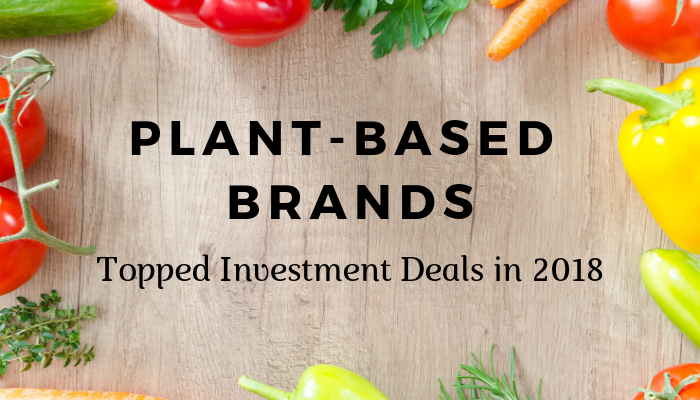 About $1.5 billion was invested in food and beverage deals in 2018, spanning 200 disclosed deals, according to Food + Tech Connect. Around one third of the total was allocated to dairy and meat alternative products, while funding for CBD brands grew substantially.

Dairy alternatives was the top category, bringing in over $200 million in total investments with Ripple Foods, Califia Farms and Kite Hill raising $40 million or more. Second was alternative meat and seafood, which collected a combined $192 million. Top brands in this category included Impossible Foods, which raised $114 million, and Beyond Meat, which raised $50 million.

While business booms for plant-based alternatives in the U.S., Beyond Meat believes global opportunity is where some of its own fastest growth may come from, particularly in Asia, reported CNBC (June 7). The company plans to be "aggressive" in its strategy to expand to Asia and sees it as a "strong part" of its growth plans, according to CFO Mark Nelson.

The company planned for international expansion prior to its public debut. It noted in 2018 that 10% of its consumer inquiries in the previous year were from international markets, a factor that contributed to its rollout in 40 countries.

Although demand for plant-based meat is highest in Europe and North America, the Asia-Pacific region is the fastest growing market for the products, with demand forecast to increase at a CAGR of 9.4% a year until 2025, according to Allied Market Research. Currently, Beyond Meat is distributed through local partners in Hong Kong, South Korea and Taiwan.

The company aims to scale up plant-based meat production to be cost-competitive with animal products. Its products are available at healthcare institutions, corporate cafeterias and select restaurants in the Pacific Northwest, and it will launch at other foodservice facilities nationwide by the end of 2019.

"Healthy, delicious, and sustainable options shouldn't be reserved for people in big cities with money to burn," VP, business development Kristie Middleton says. "Rebellyous is plant-based meat for the rest of us."

Meanwhile, CBD and cannabis food and beverage brands such as California Dreamin', Plus Products, Recess, Sunsoil and Weller all received institutional backing in 2018. The industry is continuing to evolve, despite a legal gray area.

Nielsen predicts the U.S. hemp-derived CBD market could be a $6 billion industry by 2025 when considering legalized sales of food and beverage products. It expects incorporating CBD into a snack category that fits in an existing routine may perform better than those that are more oriented around indulgence or infrequent occasions. Consumption occasions like pre/post workout snacks, breakfast-on-the-go bars and bedtime snacks should be part of the consideration set.