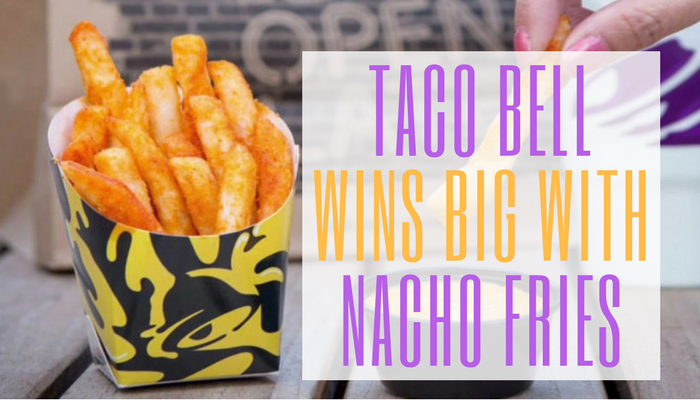 There once was a time that I remained skeptical that Taco Bell would be able to successfully pair tacos and French fries, but those days have passed. You can now call me a believer.

For those who remain unfamiliar, Taco Bell announced that it would launch Nacho Fries on Jan. 25, 2018. The initial announcement made it seem as if it would be a permanent menu addition, but the reality is the product is one of 20 items the company will launch as part of its value menu in 2018.

At the time, the Food Institute ran the numbers and came up with this interesting fact:

"Let's do some quick math: if each of Taco Bell's approximately 6,600 units sells just 100-lbs. of Nacho Fries each day, the company's total annual usage would be about 240 million-lbs. This number represents roughly 1.5% of the 15.7 billion-lbs. of frozen French fries produced annually. For reference, McDonald's units sell an average of 250-lbs. of French fries per unit every day."

Believe it or not, we actually believed we were overshooting with a 100-lbs. per day per restaurant estimate. It turns out, we were completely underselling it. Taco Bell sold more than 53 million orders of Nacho Fries in the first five weeks of its availability. The company notes the limited-time product, available though April, is increasing overall menu purchases, reported New York Post (March 14).

A quick search using the company's nutrition calculator indicates an order of nacho fries weighs about 138.9 grams, or roughly 0.31-lbs. per order. If we assume the majority of the order's weight itself comes from potatoes, we can assume Taco Bell sold some 162.1 million-lbs. of Nacho Fries in the first five weeks of its availability.

Clearly, with a few weeks remaining for the limited-time offer, this number could soar even higher. However, it remains just a drop in the bucket for annual French fry production, and I'm guessing that even if Taco Bell reaches the 240 million-lb. mark by the end of the Nacho Fries run, it will barely affect the national supply.

However, Taco Bell has clearly found a winner with the product. Nacho Fries were crowned as the chain's most successful new menu item, dethroning the Doritos Locos Taco that sold 100 million tacos in 10 weeks after its 2012 launch. "We’re seeing fries in one out of every three orders, compared to one out of every four for [Doritos Locos Taco]," said Taco Bell spokesman Matt Prince.

Do you think Taco Bell will be able to one-up itself with the rest of its value menu set to debut in 2018? Only time will tell. In the meantime, don't forget about the company's Nacho Fries Bellgrande.

Starbucks is speeding up plans to build stores with drive-thrus and will close locations in unpopulated malls, reported read more