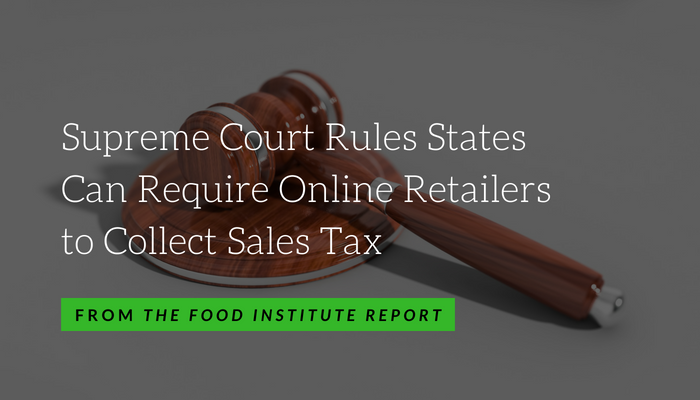 The 5-4 decision broke with 50 years' worth of legal rulings that barred the states from imposing sales taxes on most of the purchases their residents make from out-of-state retailers, such as Amazon.

The case was brought by South Dakota, which asked the court to uphold its 2016 law that imposed an internet sales tax. The state argued the explosion in online sales changed the market dramatically, necessating a law requiring all but the smallest retailers, including internet companies, to collect taxes on the sales they make in the state, even if they had no physical presence there.

The ruling reverses the 1967 case in which the Supreme Court found states could not force mail-order catalog companies to collect sales taxes unless a buyer lived in a state where the company had a physical presence — a retail store, a headquarters, or a distribution center.

Justice Anthony Kennedy, who wrote the majority opinion, said the physical presence rule put brick-and-mortar businesses at a disadvantage, because they had to charge sales taxes but internet retailers did not. Some big retailers that sell online already charge sales taxes including Walmart, which has stores in all 50 states and is thus required to do so under the physical presence rule.

A growing number of companies halted advertising spending on Facebook, citing how speech has been handled on the platform, reported The Wall Street Journal (June 29).