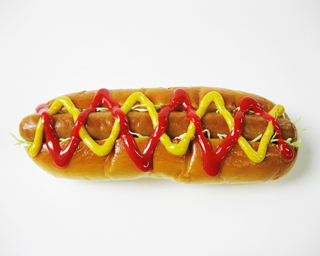 We're back in action over here at the Food Institute following a much-needed Memorial Day weekend, and it seems like summer is finally here for good. Despite some up-and-down weather this spring across the nation, most Americans are starting to settle into their summer routines. Now, we can cue up the deluge of college commencements, high school graduations, weekend barbecues and summertime vacations. And for Americans, that usually means one thing: hot dogs.

7 billion of them, to be precise.

According to the National Hot Dog and Sausage Council, that's the number of hot dogs Americans will consume between Memorial Day and Labor Day weekends, with a cool 150 million consumed on Independence Day alone. In what is not a very scientific measure, I will anecdotally confirm these numbers based on how many people I saw eating them at various grilling occasions over the weekend.

Americans love their hot dogs. The Council cites 2015 data that shows nearly 1 billion-lbs. of hot dogs were sold at retailers alone in 2015, leading to more than $2.5 billion in retail sales. These numbers don't take foodservice establishments into account, and one can imagine those numbers swelling if Burger King's latest offering was included in the data. And let's not forget this monstrosity offered at PNC Park in Pittsburgh.

Speaking of food selections at Major League parks, the National Hot Dog and Sausage Council also has some interesting numbers concerning hot dog consumption at MLB stadiums. It estimates that baseball fans will consume some 19.4 million hot dogs and 4.3 million sausages during the 2016 season. If linked together, the total number of sausages and hot dogs would stretch from the Tampa Bay Ray's home at Tropicana Field all the way to Angel Stadium, nestled in Anaheim, CA.

But the real question is: which fans eat the most of the American favorite? This year, Los Angeles Dodgers fans are projected to eat about 2.6 million hot dogs, up over 100,000 from 2014, taking the top slot. This translates to about 70% of fans at Dodger home games eating a hot dog. Dodgers fans may be a little upset that the Giants have surged into first place, but at least they have this as a consolation prize.