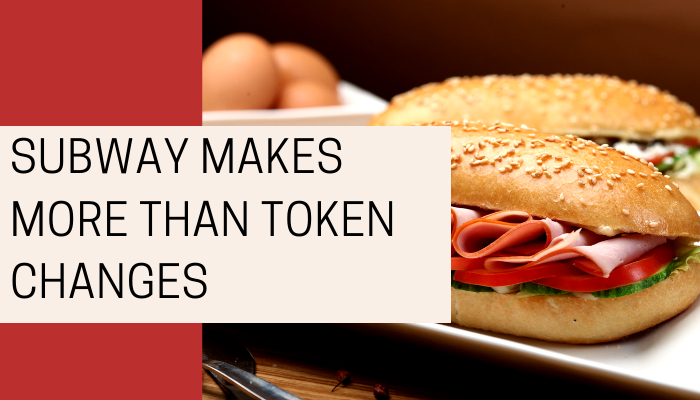 Restaurants will feature new design and decor thanks to a multi-million-dollar grant program that will cover about 25% of the redesign costs. The remodeled locations will join the nearly 1,400 global remodels already completed and 900 global remodels underway.

The grant program is part of the brand's global transformation plan that aims to modernize shops, improve the menu, and provide greater convenience and customer service.

For years, the sandwich chain struggled with declining same-store sales and ineffective advertising, reported Fox Business (May 1). The sandwich chain quietly closed more than 1,000 locations in 2018 — more than double the number it previously forecasted.

It's not a surprise Subway is accelerating remodels. In September 2018, the company's new design, aka "Fresh Forward", was in 465 locations and gross profit at those stores was up 11% while traffic lifted more than 8%, reported QSR Magazine (July 11).

In those designs at relocated restaurants versus remodels, Subway saw an even greater rise in sales and traffic at about 18% and 15% respectively.

Over the first year, Subway cut the costs of a redesign in half, according to the company. Additionally, it introduced the "Fresh Start" tier which was another 50% less, in an effort to open the platform to operators at all levels. It was designed specifically for remodeled locations, taking the critical elements of the update — such as a color refresh, logo and furniture — and made it available at a significantly lower cost.

The new remodeling push follows an $80 million investment the company made in 2018 to emphasize new flavors and create a more personalized guest experience with its "Fresh Now" platform.

The culinary-focused program, free to franchise owners, rolled out to 14 countries. It encourages customization with new sauces, topping and beverage options and includes Flavor Stations and Beverage Stations with offerings such as Tropical Strawberry Lemonade and Pomegranate Limeade.

Meanwhile, Subway is continuing to add new flavors and beverages to guests. The Ciabatta Collection and Hubert's Lemonade are the latest in a line of new flavor combinations and tastes offered at the restaurants.