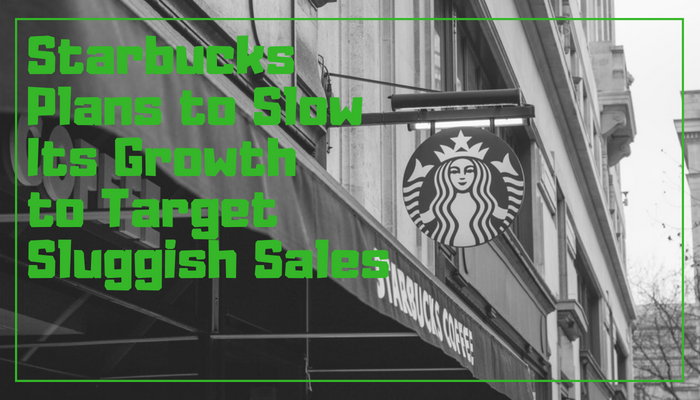 Although a maelstrom of issues have compounded at Starbucks Corp., one thing seems certain: profits will be lower than previously expected in 2018.

That is the view of CEO Kevin Johnson, who cited “unacceptably slow” growth amidst a number of factors at the Oppenheimer Consumer Conference. Same-store sales are expected to only increase 1% in the current quarter despite a healthy U.S. restaurant industry and a booming economy. Additionally, in the past 12 months, the company penned a global partnership with Nestle for retail products and furthered its inroads in China, reported Seattle Times (June 19).

However, the company was forced to face a few unusual situations. A high-profile racially charged incident in Philadelphia, coupled with the company’s response, and the quasi-retirement of executive chairman Howard Schultz seem to be creating pressure for the company. The company closed 8,000 U.S. stores May 29 to provide anti-racial bias training in response to the Philadelphia incident. The company not only absorbed the costs of the training plus lost sales, but forced the delay of its seasonal marketing push. Johnson noted the delay cost the company momentum.

Johnson blamed the once-lauded Frappuccino for the disappointing sales growth as well. As recently as three years ago, the product accounted for 14% of revenue growth and company-owned stores. However, as consumers look for healthier options, the “slushy coffee” category is in decline, and Frappuccino sales bear this out: the company reported sales for the product were down 3% in 2018 through May.

However, some analysts disagree. BTIG restaurant analyst Peter Saleh noted competition from McDonald's and Dunkin' Donuts was placing pressure on the chain with successful launches of frozen coffee drinks. Additionally, Bernstein restaurant analyst Sara Senatore argued a happy hour promotion for the Frappuccino helped sales in 2017, but a $4 to $5 price tag could be too expensive for the product, reported Modesto Bee (June 20).

To address the issues, the company will slow its rate of new store growth and increase the number of stores it closes in 2018. Starbucks plans to close 1560 under-performing company stores. In recent years, the company would close an average of 50 stores. Johnson indicated that although the company believes it has not reached the saturation point in the U.S., it will cut the growth rate to 3% in 2019 from a peak of 6% in 2017.

New stores will be focused in underpenetrated markets in “Middle America,” and it will optimize its store formats, according to officials. The company plans to install more mobile-order pickup locations, drive-throughs and high-end Roastery and Reserve locations.

Additionally, the company aims to rein in its spending. CFO Scott Maw noted an independent consulting firm will be brought in to help Starbucks find costs savings. Executives with the company have targeted wasted product, which costs about $500 million annually in the U.S.